The Wood and the Trees 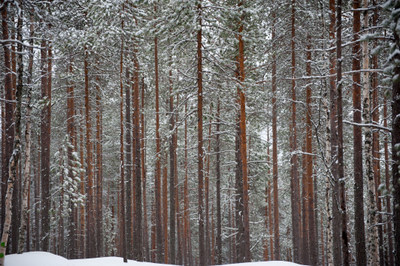 Over the last six months I've been as far south as South Georgia and as far North as the North Cape.  I've taken more pictures of penguins than is sensible, I've seen the Northern Lights on ten occasions, I've been mugged by a striated caracara, chased by antarctic fur seals, learnt to drive a team of Siberian huskies and realised just how cold -20C feels.

And despite (or maybe because of) my absence the Learning Systems team at the OU has kept going, delivering regular VLE releases adding new functionality and working to migrate OU modules from the old Moodle 1.9 VLE onto the new Moodle 2 platform.

As I've got re-immersed in OU activities over the last few weeks, I've had the chance to reflect on what has changed while I've been away.

Learning System developments tend to be bundled up in monthly releases and, inevitably, these releases usually involve incremental, rather than earth shattering, changes.  However over a six month period the incremental changes all add up - and coming back to the party after a while away it really is quite dramatic how far things have moved on.

Within the VLE itself,

Any one of these developments probably wouldn't have seemed big enough to need a blog post celebrating their completion but seen together they look like a really impressive collection of developments.

Maybe I should go away more often.