On blogging. It isn't for the most part. Thoughts on my own future tracks 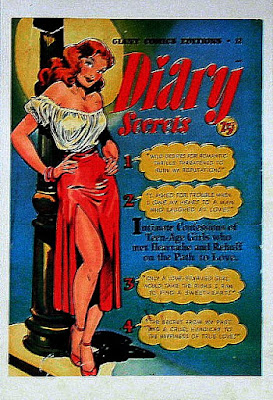 I posted my first content to an 'online journal' - no one called them blogs way back then, on the 24th September 1999. I've been at it ever since - every day for at least the first four years then I reviewed my practice, split into a number of parts and specialised. I also took an MA in the next best thing 'Open and Distance Education' (MAODE). So, yes, blogging fascinates me. Twitter as a 'microblog' is not - it is chatting. And many so called blogs are actually something else too - corporate marketing brochures, magazines, radio shows, TV channels, photo dumps and galleries. For me, and those of us writing in 'Diaryland' over a decade ago a blog, like a diary, is something you kept up every day, reflected your daily life and was largely secret: you wrote amongst friends rather than to an audience. This meant that they remained authentic, deep, even 'in confidence'. Has all of that been lost? I wonder.

What we have here is either a 'learning journal' or 'an e-portfolio' - that's if you want to attach it directly to your studies. Because of it's odd nature and history it is also what was once called a 'Bulletin Board', indeed, I had a go of an early one right here - sort of, that as on a Masters in Open and Distance Learning module in 2001. It really was posting to a bulletin board, a sentence or two attached to any others that were going up. More like an early version of a Student Forum.

Having said all of this, as a direct result of just completing H818: The Networked Practitioner  (EMA away last night). I plan to review, refine and redirect my blogging behaviour. Here it will be business as usual, though only if my relationship with the Open University is continued in some capacity or other (I got up early to do some application forms). Beyond these 'walls' I will professionalise my blog on e-learning and post continent aimed squarely at practitioners - for educators, on learning. I do think the 'e' is redundant regarding e-learning, indeed the 'm' from mobile learning is redundant too. Currently at 'My Mind Bursts' this will go into the fledgling 'Mind Bursts' which will go live once I've got 100 of my choicest posts in there. Or, 25 ... my 'A to Y' of learning, named so courtesy of the Open University where you will find the Computer Help Desk has no 'Z', so don't think you can look up 'zipping files' as I did while struggling to post an EMA. The response I got back was characteristically obtuse.

The blog I stopped posting to on swimming teaching and coaching (I did for ten years as a direct consequence of taking my kids down to the pool eleven years ago) gets more views per day than any of my other blogs - go figure! It is useful. I answer direct daily questions. The biggest 'seller' is the 45 minute lesson plan for teaching or coaching swimming - I have all strokes, all stages and all problems addressed. That should tell me something. More at the catchily named 'Coaching and Teaching Swimming'.

This by the way is called 'reflection'. I should have Kolb's Learning Cycle spinning through my head right now. I don't. My head is fudge and I need the coffee that is brewing on my desk,

The other blog, 'That's Nothing Compared to Passchendaele', which requires and deserves tidying up started out as the memoir of my late grandfather, a machine gunner in the First World War - the only one who survived it would appear. Actually, in 1992 there was a 75th anniversary of the Battle of Passchendaele (Third Ypres) and there were four of them. One was an ammunition carrier. The other two were machine gunners, you could tell from their thumbs - like the beak of a spoonbill, squished flat from periods of anxiety pressed against the triggers of a Vicker's MKII Machine Gun. Like the swimming thing I need to hone this down to a resource of value - just his story, his words (over three hours of interviews) and photographs with references which would do the historian in me proud.

Are these blogs? Actually no. I ought to think of them as books and give them the professional focus that is required before you can go to print.

And finally, a blog on the use of Quick Response codes in education. This as a consequence of H818 and the ten minute presentations we gave a couple of weeks ago.