F is for Future Learn 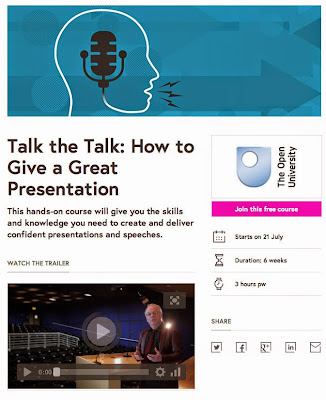 Surely I've missed a few Fs in my 'A to Z' of e-learning? An author? An App? I've added 'face to face' as this is the perennial argument against self-directed distance and online learning - Rosetta Stone a gamified way to learn a language lacks the currency of being there.

On Flickr for seven or more years I found myself sharing an interest in the First World War and Hastings courtesy of some photographs my grandfather had of his time there during early training in the Royal Air Force (just formed). Further links led to a lengthy interview for a research paper (UCL), BBC South East and BBC Radio 4. Since when the grandson of someone else featured in the photos has come forward. Flickr makes for an interesting story as it was developed as a games platforms then turned into something else.

Facebook for learning? For informal learning. I don't see it yet. Correct me if I am wrong. Perhaps people are learning far more than they or we are aware. I keep Facebook to immediate family and friends. If I want to learn anything I got to Linkedin Groups.

Fingerspitzengefuhl expresses what I feel we do an the human-technology interface - finger tapping on keyboards.

'Consider this medium as like talking with your fingers - half-way between spoken conversation and written discourse.' (Hawkridge, Morgan and Jeffs, 1997, quotes in Salmon 2005)

Future Learn is a bit of a new one and an unknown quantity. I've done a couple of MOOCs on future learn (Massive Open Online Courses). Will they and it be a passing phase? There will be competition. Every university will be MOOCing in due course. I admire their enthusiasm and simplicity: a short video, some content, some sharing and a quiz. An assessment. A buzz.

Forums are a tool in the e-learning design of online courses. How they are placed strategically and whether they work and contribute to specific learning objectives is another matter.

'Flipping the classroom' is hype. The expression may be used to imply or suggest the need for some kind of revolution in school teaching; I think not. Evolution yes. Teachers and classrooms still matter. It is a way into conversations on how learning technologies and resources are used though. Which is more than a TED lecture and the Khan Academy.