What do you learn from a TV series like 'Breaking Bad'? 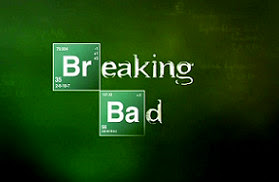 I cracked some ten days ago; unwell, not so unwell I couldn't flop about the house, bored and managing to read, but my brain too lacklustre to take notes or think. So I tried this.

The pilot episode was magic - like the second act of Macbeth. It all happens and you're left eager for more. 36 episodes later and it goes through a slow patch, but now I'm on the home run and can see the premise of it all. This happened to coincide with a sessions I attended on writing fiction in which I learned that 'character is plot' - in this case character is also premise and story arc. So, not on a creative writing course but there's a load to learn about writing fiction here.

It shows. The production values are those of a movie.

The Open University has equivalent production values; you get into bed with the BBC on 'The Frozen Planet' or some such and spin off Open Learn tasters and various modules. But as a learning platform does video teach? Rather does it inspire and motivate?

Drama is about how you are made to feel, not how you come to think?

Advertising persuades, it has to. Why are 'educational videos' more like TV commercials then?

Donkeys years ago we made 'advertorials' - extended, persuasive, corporate, sponsored learning content put out on video, then distributed by satellite and eventually put on internal networks. I have to wonder if a leaflet would not have worked better and achieved as much for less, but as it was pointed out, no one read the leaflets, at least a training manager knew his workforce had watched 'the video' because they had the attendance sheets.

Were they given a test afterwards though?

That's the way to turn it into learning. 'After this video, or episode you will be given a test on .... '