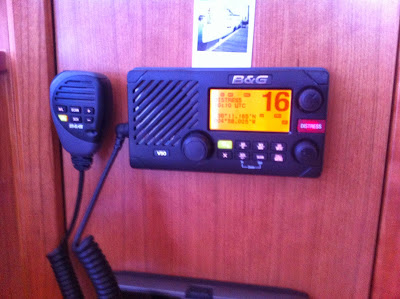 On the helm overnight I kept an ear out for SOS and other messages on Channel 16. What I got was the most bizarre set of calls and messages:

The US Navy acting on behalf of the United Nations ... the message went on to ask skippers to look out for anything suspicious and to report it. This is 8-12 miles out to sea along the Spanish, Mediterranean coast.

On my watch I had:

"Mayday, Mayday" - not in the immediate vicinity but the person couldn't give their chart position

My fertile imagination thought a war had broken out and I could hear shells exploding in Algeria.