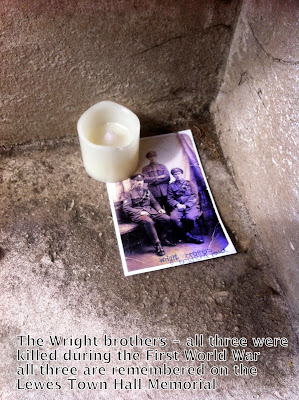 Fig. 1 Amongst the many official tributes a personal commemoration of three brothers killed in the First World War

Lewes memorial remembers some 360 names; they've been pinned to specific addresses within walking distance of the memorial. In Southover Ward for the 75th anniversary a book was published detailing the lives of each person - their school record, photo and home and other information, such as playing cricket for the local team or where they worked. 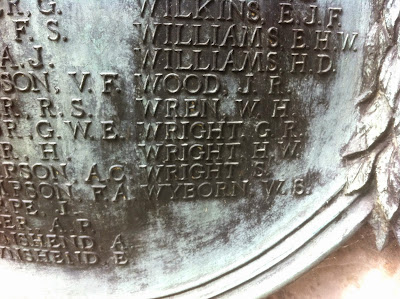 Will anyone remember us a hundred years after we have died?

Just as it is important for us to forget as a learning process and challenge, should society forget, filter or edit? Does commemoration in glorify war with its nationalistic, militaristic and religious connotations?

I think that we need to remember. Here's an unfinished project of mine. The link to the rolls of honour [top-right] should interest you.

oh, and this may be interesting...

Thank you for these. All very interesting. I find school rolls are particularly poignant and easiest to relate to - these friends who never had a life. And the personal stories, even a hundred years on, are very touching. Any family that loses a family member to violent conflict is scared by it for generations. Wo betide all those causing such death today as the pain will continue through the generations.

Both me and you.