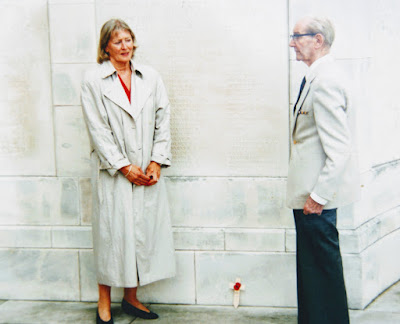 I'm sure everyone has a date when they recall a close family member: my late grandfather would have been 118 today. He was born on the family farm in Dalston, Cumberland on this day in 1894. Now that would have been something to get the attention of the news and social media: 118 years old. The oldest man alive celebrated his 111th yesterday and there's a character who still goes into work four days a week in New York - he's 104. If I am not mistaken the oldest person ever to live was a French woman who made it to 126 and only died in the last year or so.

Fig. 2. The oldest man in the world ... with more than just one foot in the grave?

Twenty years in a care home? It must depend on the quality of life you have: bed ridden, or like the late Norman Wisdom the life and soul of the party. From about age 86 onwards my grandfather would say, 'I've had a fair innings. His wife had recently died. A decade later he was still coming to 'ours' for Christmas lunch with three sisters in law who in turn were 98 96 and 92 ! They were long livd, frugal, non-alcohol drinking Quakers who kept themselves engage and busy. My late great aunt Mary was doing home visits to 'her old ladies' who were ten years younger than her. This all in the North East (Fenham, Gosforth, Ponteland).

So, no more 'grampa' (as we called him as children), and no more mum either: she would have been 83. So much for expecting to outline the Queen.

How we mark the passing of a loved one, and what record we have of their lives fascinates me. Who could unscramble the mass of data that we create, or is created on us and digitised in 2014? Has the nature of an personal archive changed? Who has time for it? Can we rely on or get value from an algorithm that seeks out patterns and narratives in a life story as it occurs and once it is over?

In a dozen posts or more here I look at 'life logging' and what it means: for supporting those with dementia, for example, to supporting and gathering a record of value to family and others.