I've abandoned the computer screen and QWERTY keyboard for writing; I think better pen to paper - in my case ink pen to refill pad. 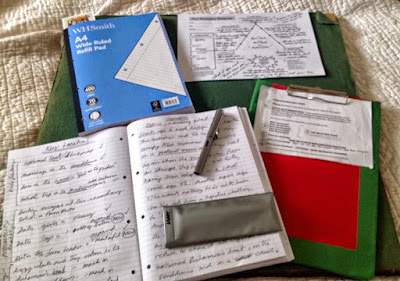 I am using notes from Kurt Vonnegut on story shape, from Susannah Waters on scene building tips and cheats and from the zoologist and anthropologist Desmond Morris who wrote 'Man Watching'.

Between them I've been standing back from my efforts of the last few months to try to see the wood from the jungle; to give it some order, like a closely managed English deciduous copse rather than a wild and vast forest. 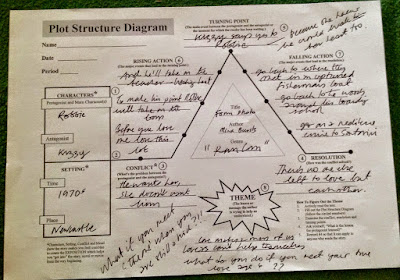 There is masses online to feed you with tips, hints and cheats.

And through things like the BBC Writers' Room and a regional arts organisation, such as New Writing South, in my case, ample opportunities to have a go at being published or produced.

Meanwhile, despite the number of variations I've had on 'The Form Photo' I feel there is a shape worth cutting from the growth I have laid down.

From Kurt Vonnegut I take and overlap two story shapes - am I allowed to do that? Robbie, follows the 'man in the whole' pattern - unable to thrive in the rarified wealth of her 'sinks' with some relief into a few more modest years living with his maternal grandparents. While Kizzy, is a Cinderella story shape - it has to be as she comes from some a deprived background: on the round, illiterate, abused and poor. She makes a few bids at escape and is then rescued through adoption. Any of this make sense? It does to me. Simplified it is a 'Boy meets Girl story' where Kizzy and Robbie meet and become fond of each other as kids ... then meet again in the later teens but she says she wants nothing to do with him unless he proves himself in various ways for her.

I'm posting all draft of my current writing in 'Start Writing Fiction.'