Unable to get near a mountain this winter I've nonetheless gloried in watching the seasons start and gradually melt away into spring from the Katalys HD livecams at 1250m, 2750m up in the French Alps.

Once there is snow the landscape changes little. The weather changes dramatically. People comes and go. The snow mounts up, then sinks away. 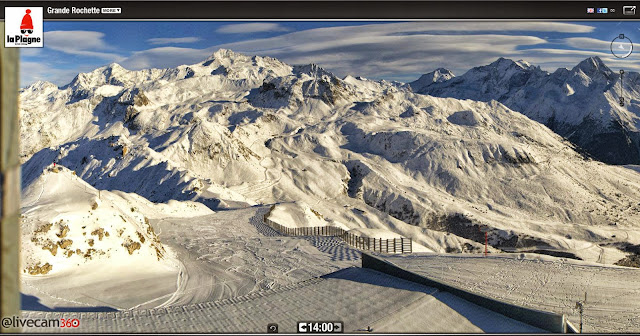 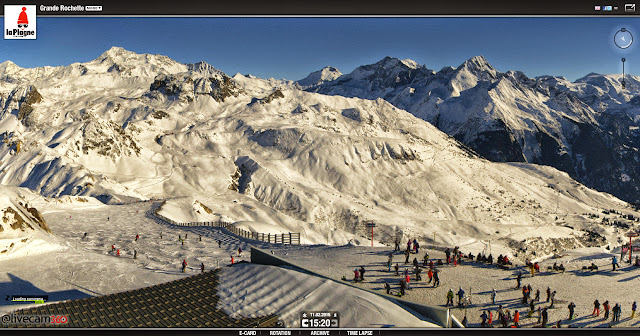 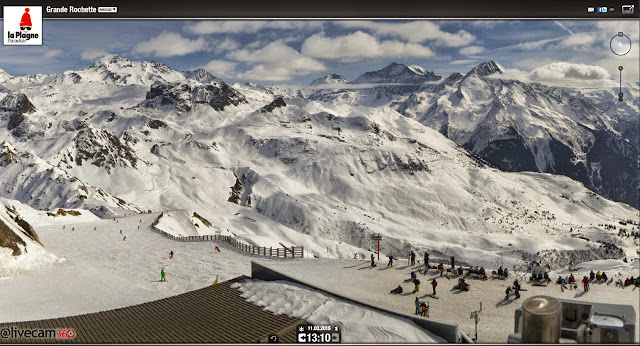 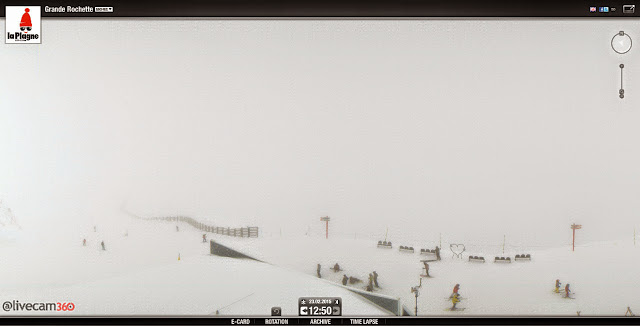 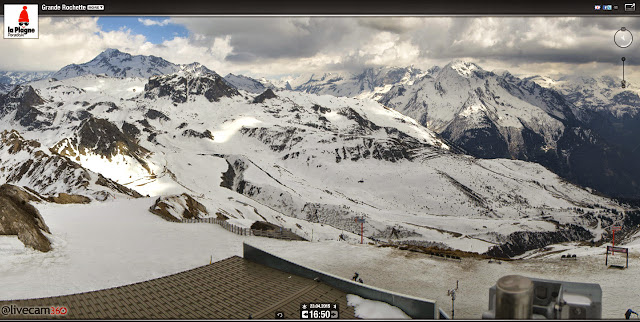 Climate change is telling. Three decades ago the winter 'season' kicked off in Val d'Isere with the first races of the World Cup on the 17th November - they are now lucky to race at all at this height in December. Three decades ago, closer to four in fact, having worked 12 hours days 6/7 days a week since early December I finished my 'season' on 2nd May and could still ski down to 1250m ... just. The snow below 2000m has, without artificial snow largely melted away.

A paper studying fifty years of snowfall in the Alps paints a convincing story: snow cover is variable, the season later and shorter, the freezing level consistently higher making rain as likely as snow even as high as 2000m through-out the season. Yet to confound the 'industry' a nice fall of 47cm this weekend and early next week falling down to 1500m is forecast. All but a handful of resorts with glaciers close this weekend.