It is one thing to contribute to a flash debate, it is quite another to embrace the Cloudworks platform.

There is only one way to test the water, and that is to get in. We talk of 'swim lanes' for learning design, I like every platform, every social network, business network or here, educational network, to be a visit to another pool, a lido, indoor or out, leisure pool or training pool. 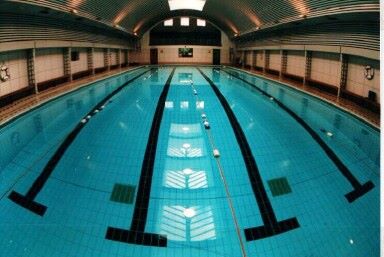 They need to know who you are, you have to sign in. Then you have to change, get in, and give it a go.

So I am for the umpteenth time adding a profile picture and a profile, tagging, finding favourites debates and linking to people.

It all takes time.

Online you control time. Intensive engagement might move things along ... on the other hand, it may irritate those who've been here a while.

It should take time.

Find the rhymn of the place, observe when and where there is a buzz. Identifiy the 'champions,' come in on the periphery, pick up a thread, join in tentatively, give it a go here and there.

Universities will flourish as they become part of the mainstream and engaged with the world, rather than distinct from it. Relationships with governments, industries, schools (for future students) and alumni (for past student) will develop and become continual, rather than passing. Student cohorts may look the same on the ground, but in the virtual world will be broader and deeper, technology and systems allowing a greater diversity. Not all institutions will have the ability, whether through lack of financing, the burden of their past and costs, to be flexible and change. The overall impact will be of an evolutionary change, though for some it will be a fight for survival.

Established, motivated, well-supported and well known colleges and institutions, where there is strength as a brand, as well as financially, in their governing body and from alumni will thrive. They can afford to exploit the changing circumstances (and they can’t afford not to). Oxford, Cambridge, Durham, Bristol, UCL and the OU are not about to go under. On the other hand, new, complacent, poorly supported, little known educational institutions where the sources of income and grants may be narrow or uncertain, with weak leadership and ill-established (or disloyal) alumni will fail.

The opportunities to flourish are extraordinary; the global demand for tertiary education with tens of millions of people from Asia, for example, seeking higher education over the next decade means that there is a growing and hungry market if you have the right ‘product.’ Education is a business, whether the model is that students are educated for free or pay part of the fees, cash flow matters. Retailing has been in constant flux, from the high street to out of town shopping, with national and international brands dominating, and then online shopping cornering certain markets, from books to electronic goods. Retailers have had to change the mix, where they locate and what they sell. Universities are less agile and less prone to the vicissitudes of short-term purchasing decisions, but the impact on them of new technologies is no less profound. Negotiating their way through this will require skill, the most vulnerable institutions will fail.

Letters after your name differentiate you from other candidates for a job or promotion. Where there are many applicants for the same position where you studied, indeed, who you studied with, will matter. It helps to study under the best in your field. It depends entirely on where you wish or plan to go afterwards, where and if a position or job requires a certain qualification, and if a qualification from one or another institution has greater perceived or actual value. However, as those with experience of the job market will tell you, it is how what you have been taught is applied and how you relate to other people, that will determine your success.

CAMPUS BASED vs DISTANCE LEARNING

Technology is blending the two: increasingly students are opting for this, to be campus-based, but to take advantage of the technology to better manage their time or support their learning. Far from being the death-knell of the traditional university, new technologies will assist in their finding ways to develop and support a broader and deeper student body. Participation and collaboration, socialising away from the screen, is a vital component of the university experience for those coming out of secondary education – the demands and expectations of a mature student are very different. How people get on, how they work together, is a vital lesson that a campus based university offers. Whilst increasingly our online experiences are as ‘real’ as everything else we do, it is how and if we can work as a team that will decide how we progress. The student experiencing this will better know themselves, their strengths and weaknesses, and suitability for different career paths.

Like retailers, manufacturers, broadcasters, publishers and the post office, we are in a period of significant change, new technology was already having an impact, the economic down turn has aggravated this, obliging some forcing other institutions to act. How this change is managed will decide who survives and who struggles on. There is a fine line to tread between innovating early, or too late, changing wholesale or piecemeal. The wise institution not only spreads its risk, but also casts its opportunism just as wide as spreading your bets covers you in a world where nobody knows what will work or not. Libraries, one of the draws to a campus-based university, cannot be as influential as hundreds of millions of texts become instantly available in digital form. Senior lecturers and researchers should be employed for their ability to communicate, support and rally students around them, not simply because of the paper they are working on. Students will demand more if they feel it is the cash in their pocket that is buying what the institutions offers. Errors, failings and shortcomings of a person, a module or course, can be spread through online reviews and will decide their fate. New blends of courses will invent themselves where a student feels able, supported through e-learning, to cherry pick, even to study simultaneously quite different subjects. Cohorts, if on the ground still that 17-23 year old age group, will become far more diverse, with groupings formed by mutual interest in a subject. Life-long learning, already apparent in some professions, will become more common place as people recognise the need to refresh their understanding of some topics, while gaining new skills and additional insights.

Am I responding to a thread, or like the second or third speaker at an Oxford Union Debating Society getting up to say my piece?

And if I sit on the fence, what kind of debate is that?

We should be obliged to take sides, THAT would be a debate, otherwise it is a conversation, another online tutorial.

Thus far Cloudworks is like a new swimming pool, refreshing and full of opportunity. To thrive, let alone survive, it needs people coming down to swim, to jump in, to train, to meet ... 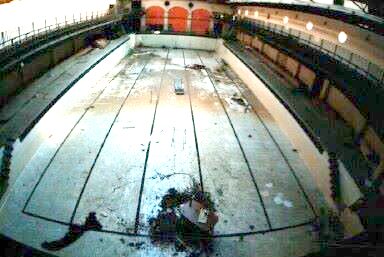 And once you have your regulars, keep them coming back.