I've not come across Ebbinghaus in any of the three modules of the MAODE I have thus far studied (Ivan Illich and Wendy Becker have interesting things to say too).

This was the world's first learning curve.

The effect of over learning is to make the information more resistant to disruption or loss. 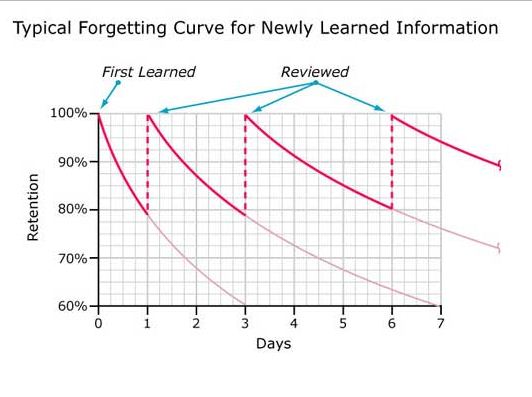 For example, the forgetting curve for over learned material is shallower, requiring more time to forget a given amount of the material.

I relate to this and having taken many exams in my life it is useful at last to have some terms to refer to it all. The only exam I have ever had to resit should have been the easiest, not the finals of a BA (Hons) as an Oxford Undergraduate (or the entrance exam which was tough enough), but a Level II Teaching Swimming Multi-choice paper that took an hour. I simply hadn’t put in the time, say six hours over as many days, repeating by writing it out and testing myself. 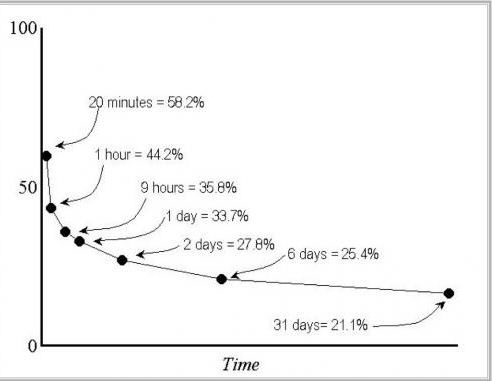 Whilst in an exam the student may forget, there are exams where you want them to retain the information: junior doctors, health & safety in a nuclear power plant, or one I was involved with 'the packing and storage of uranium trioxide'.

Savings is the most sensitive test of memory, as it will indicate some residual effect of previous learning even when recall and recognition do not.

Which is what I just did, three weeks after the event.

If I go to the website where I stored the original mind–maps and lists I know that I could quickly re–engage with the material. Like riding a bike, windsurfing or skiing? Though not recalling the lines of Mercutio from Romeo & Juliette which I performed in my late teens. I can however recite some Macbeth, but only because I have repeatedly tested myself on the lines since my mid–teens).