The power to remember and the need to forget 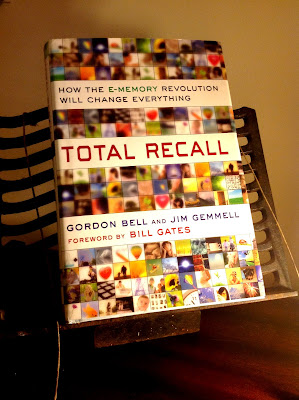 Fig 1. Your life? Remembered or forgotten?

Digitally record or better to delete?

It frustrates me to try and read two complementary books in two different formats - the first is marketed in its traditional hardback edition with a designer cover and eye-grabbing introduction from Bill Gates, while the second, an eBook I find understated - as if it is ashamed to compete. They are a pair. Twins separated at birth. They argue from opposite sides of the digital coin, one in favour of digitizing everything under the sun, the other for circumspection and deletion. Perhaps there should be a face off at the Oxford Union Debating Society. My role here is to bring them together and in doing so provide a one word conclusion: selection.

‘Total Recall’ (Bell and Gemmel, 2009) with its film-reference title and sensationalist headline ‘how the e-memory revolution will change everything’ risks ostracising a discerning academic readership in favour of sales reputation and coining a phrase or two. It’s hero Gordon Bell might be the protagonist in the movie. The shame is that at the heart of what is more biography than academic presentation there is the desire to be taken seriously - a second edition could fix this - there needs to be a sequel. My copy of Total Recall arrived via trans-Atlantic snail mail in hardback. It took over a week. With its zingy dust jacket - it feels like a real book. I’m no bibliophile but I wonder if the pages are uncut and this edition has been pulled from a reject pile. It was discounted Amazon and as I’m after the words contained in the book rather than the physical artifact its state ought not to be a concern. Though the fact that it is a physical book rather pegs it to a bygone era. Total recall refers to the idea of a photographic or 'eidetic memory' - this needs to be stated and ought to be a design feature of the book. It ought to be an e-book. 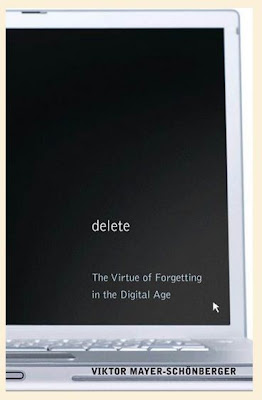 ‘Delete’ (2009) Viktor Mayer-Schönberger is subtitled ‘The Virtue of Forgetting in the Digital Age’ and sounds as if it was authored by a vampire from Transylvania. It is a foil to ‘Total Recall’ with Viktor the antagonist to ‘Flash Drive’ Gordon. Delete hasn’t been - its in its fourth printing, needless to say I got mine in seconds as a Kindle version. I only ever buy a book-book if I have to. I am too used to the affordances of the eBook to skim, search, highlight and share - and to have on a Kindle, iBook, laptop and smartphone to browse as I wish.

The copyright notice in Total Recall on ‘the scanning, uploading, and distribution of this book via the Internet’ is ironic because this is what Bell does with his life - he has scanned and uploaded his life (though access is totally private). A double irony as he elects for Web 1.0 but won’t join the Semantic Web 2.0 and share. I have been an exponent of ‘exposure’ - the release of a substantial part of who you are for others to chew over. The online diary.

They could be landform and landfill.

And lots I wish I could remember

Ah well... such is life... memories (whether they are true or not).