Wikipedia is the diving board ... 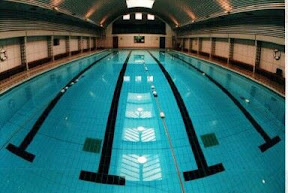 ... the rest of the Internet is the pool.

I may even skip the diving board these days. I am used to viewing Wikipedia content, but once you get into a subject you may find that a) it is inaccurate b) it is rather thin c) there are choices and selections that build in the bias of the last editor.

So I defer to Britanica, or Google Scholar, then I check the author, or the institution or the credibility of the paper.

You can have huge fun drilling through to the detail. 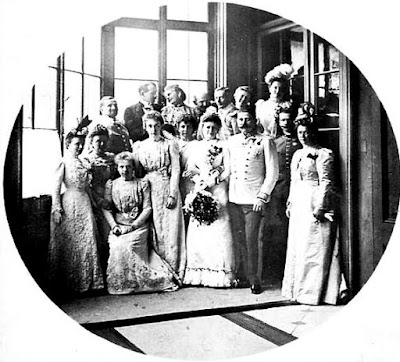 Here are the newly weds - Franz Ferdinand and Sophie.

I challenged myself to write 60 seconds on the Assisination of Archduke Franz Ferdinand and found myself, whether or not I was meant to be there, in the Hapsburg Family blog looking at family photos of historic figures and hearing stories about grandparents and greatgrandparents.

Every morning Sophie Chotek, Franz Ferdindand's non-royal wife, would peel him an apple.

Mmm. Not sure what I'm meant to do with that information!

The power of Wikipedia of course is when you feel suitably informed to go back and correct something. As I got to know all the players in the assassination of 28th June 1914 I was able to go in and correct errors. It said somewhere that Franz was an only child - actuall there is a brother and sister. They, like Franz Ferdinand's father and grandfather the Emperor didn't attend their heir to the Austrian Empire's thone because they thought Sophie beneath their royal status.

Some other nonsense had crept in about Princip eating a sandwhich after the earlier failed attempt to blow Franz Ferdinand up with a hand thrown bomb. (There were no fewer that seven of them up and down the street waiting for thier chance).

It'll be interesting to see what nonsense the film makers bring to the countless revisting and rewriting of this period in history - scripts will have been written, any series will be in production.