What are the barriers to universities?

Effective communication. How do we rebuild the trust? The sense that they are looking after staff and student

Coming out of Covid we will land somewhere in the middle. Some things will never go back. Many institutions are using data to enrol more students and to find a better match with the right academic programmes for them and help them feel they belong to that institution while opening up new markets - not least for the millions who need to find a way back into employment with further training. With insights and data we  are better able to identify students who are being challenged and need support - and this can be scaled and will be used.

A blended model is the future, rather than all online or all in person. 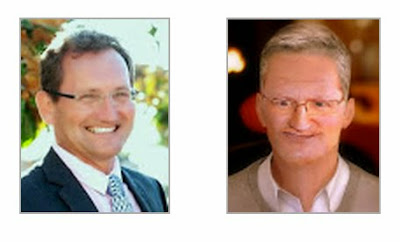 Fig.1 After another twenty years? With age comes wisdom.

For the introduction of my H808 ECA I've visualised a Movie Poster.

This comes from a Sunday Newspaper, in 1975.

This image, along with some shots of the diary went into a blog in 2003. In 2006 I tried to establish which paper this image came from and failed. You'd imagine something right wing like the Sunday Telegraph, though it is more like to have been the Observer, or even the Radio Times? Strikingly there was no view taken on this pose looking for all intense and purposes like one of Hitler's Aryan few. The thinking behind it was that by 2025 we'd all be mixed raced, bald (for no apparent reason) and semi-naked due to our ability to control the climate.

The only reason I chose this as my personal movie poster for now is a desire to reconnect to my youth and a sense that I had a future, another 14 years at least! I wouldn't mind getting fit again too, overweight at 90kg and doing no exercise for several years has me far, far, far from this absurd image. Though age 19, with hair, this was me courtesy of swimming every day for an hour or more and sailing/windsurfing in the summer and skiing in the winter. Heady days.

Politically I should mention here that I swing between green, yellow, blue and red ... ocasionally even purple. I blend my vote too, rarely voting for the same lot between local and national elections and often preferring the independent choice. At uni I was a member of both the Conservative and the Labour parties

Who cares? I do. I can keep them all at arms length, especially the two parties that keep asking me to stand ... oh yes! My busy body considered an asset in local refuse collection, building, transport and various pollution issues. I should keep my mouth shut, but as you can see, I don't and it isn't difficult to point content like this (editted) to a person that matters.

For the conclusion I've visualised a Film Review.

I've also done a cartoon of one of the course authors as a weightlifter with the words RESEARCH on one end of the bar and the word PRACTICE on the other; the idea being that you get mentally fit by doing a work out that balances research and practice.

Where I come unstuck is with the PDP matrix.

I look at this and I see a train station message board on some concourse such as Crewe with few destinations of interest. I'll have to work on this.

The least  I want is the Message Board at St. Pancras International with Paris, Lille and Brussels written up, though my most inspired train message board will always be Gar du Nord, Paris. As a teenage my jaw always dropped to see destinations like Berlin, Moscow and Turin, where across the channel pre Eurotunnel you were supposed to get excited about Ore, Doncaster and Birmigham International

Ideas on a plate please.

P.S. A reminder to myself to dig out a collection of scrapbooks from 1987-88 when I was at London's, School of Communication Arts and perhaps a reminder to start doing this again. Or do I? I'm getting into the habit of photographing things that catch my eye, uploading, cropping and fixing, then tagging and putting them online. Perhaps I'm a candidate after all for the e-diary, a record of everything, all day.

I'm only as good as what others make of me

Visible to anyone in the world
Edited by Jonathan Vernon, Saturday, 27 Aug 2011, 16:07
This is an interesting concept. In time as students create an online profile that over decades becomes populated with the content of their lives (and mind), then who or what they become is not simply their responsiblity ... if it is disclosed and exposed to others, then these others have a duty to poke, jolt and guide this person in the best direction.
Tags: h800eca, career, e-learning, development, identity, e-portfolio, maode, jolt, poke, nudge
Permalink Add your comment
Share post
Tweet

E-portfolios from the student point of view.

I like what bubbl.us can do. Without fuss and with a sense of fun a few ideas on the back of the proverbial fag-packet (in my case in an A5 drawing pad) becomes something semi-permanent and easy to share. Commpendium takes this one step further, allowing each 'node' to contain layers of details as documents or attachments.

Here, after some weeks of this, I try to cover every corner, literally, on the topic of 'e-portfolios for learners.'

I read somewhere a hint of why students baulk at this - their perspective, for the most part, is short-lived. Several years working in the communication of graduate opportunities it was surprising how few could look beyond 'Day One' at their place of work, to their completing their first year ... unless, as in accountancy, law and some industries there was a longer-term career training period.

It isn't just as matter of context, it's a matter of perspective.

Anything 'sticky' can as easily become unstuck.

Remember how stuck we were on FriendsReunited, before MySpace and then Facebook came along?

On the one hand a software developer makes their platform 'interoperable,' but then you open the door to users switching platforms.

If someone can exploit it, they will.

Whilst I can still get away with typing off the top of my head into a blog, this will not do when responding to messages or in a forum.

Sitting back, taking on board what is being discussed, doing my research then reflecting long & hard on a response will be a more productive way froward. I've taken some hints from the OU.

Personal entries in my decade old blog must also be forever locked.

Or removed. Having trawled through this 1.5 million word nonsense removing or changing names, there are still those who occasionally pop up in my life with an amused remark about the detail of their antics ten or twenty years ago. Much of this blog are transcripts & extended reviews & reminiscences of the 70s & 80s.

'Discretion' will be my approach from now on ... as it is so easy to google a person's name and find out all kinds of things that they may not want to know, that are blag & bluff in any case and could be detrimental to their career hopes (let alone their personal relationships).

Meanwhile, in a time consuming effort that needs to be addressed my sixth draft of the TMA01 is rocking back and forth between 1500 & 2350 words. I may just sit it like an exam and see if I can contain my ideas that way, addressing each in turn a set of points, six at most, that I feel need to be made

Oh to feel like a teen sitting exams again