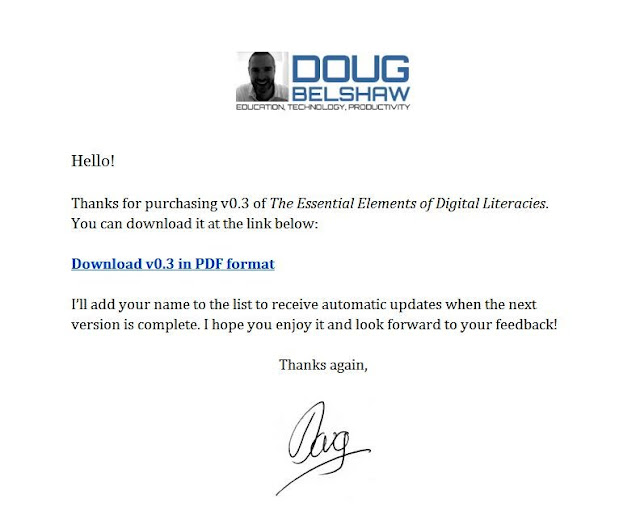 If you read only two, then follow Martin Weller and Doug Belshaw.

No time now, but I want to go back and re-blog Doug, even take some tips on knocking my own e-learning blog into shape. This is like going into a niche bookstore that ONLY promotes stuff on education and e-learnig.

Invaluable across the Masters in Open and Distance Education (MAODE)

The book is good too.

'Do a blogger and a non blogger in the same disciplines have less in common than two people who blog?'

So asked Martin Weller of the Institute of Educational Technology this morphing during a day long event on Social Media Metrics.

I find I have an affinity with those who use social forums, who blog and discuss online. They are traceable conversations, cumulative conversations unlike there non-digital counterparts that have short unshared lives.

'Even at the professional end you are giving more of yourself, your points of view, your political beliefs.' He added.

And so the academic who chose such a life to avoid the limelight finds themselves thrusted into it.

I remarked through the Twitter feed that the lonely writer in the garret now found himself in a greenhouse with the digital world looking in. Will this be the era of the celebrity academic?

Scholarship has become more demanding, or has it?

Doug Belshaw has had his PhD thesis online since its inception in 2007.

It isn't being written form him, but his reputation is being established.

There are new social norms that academia has to accept and tolerate rather than resist.

What do views mean, comments mean and how do they compare to citations?

You social media identify drives the views of your papers.

E.g. Online identity as a result of paper is Tweeted about, blogged and shared, and then you get invited to keynotes and a virtuous circle begins.

A set of alternative representations of you.

What can metrics be used?

Visual representation this is your digital academic footprint, within my community ...

Metrics will become part of what we do.

We mustn't be guilty of subjugating new methods into old.

Martin Weller then talked about writing for the sword-dancing community as if in these troubled times his toes and dancing between sharp blades.

Made to think about Attendance

Because I couldn't. Somehow the technology or actions required to move from one hall to another overcame and IO found myself stuck in the same hall as the Keynote speech quite unable to figure out how to move.

Still, I could click through the presentation slides of Doug Belshaw and came up with my interpretation of attendance.

Attendance requires 'engagement,' it also requires 'effort,' which in simplest terms needs 'motivation' and a willingness to battle against barriers that you may come up against that in your personal circumstances are large or small. Today 'engagement' probably also requires 'collaboration', 'participation' and via blogs/social media etc: 'publication.'

Learning on the go. Mobile learning changes everything?

Discussing this with Ian Singleton of icanplayit.com two weeks ago, I was Linked In to the author from JISC Doug Belshaw a few days later.

This conversation could soon link to a myriad of people cited and listed in the JISC report on Mobile and Wireless Technologies. This smorgasbord of a review will take a few weeks to consume; I'll want the recipe and I'll be back for more, repeatedly. It is a module in its own right.

It requires the early morning to take a three hour stab at this. Kukulska-Hulme (2010) says “Mobile learning is here to stay, even if in a few years' time it may no longer be distinguishable from 'just learning'."

As a student of e-learning the value of Doug Belshaw's JISC review is broad. Whilst mobile learning is the main theme, there is a suitable warming up to the topic via the development of e-learning and a broad acknowledgement of the key thinkers of pedagogy which touches on innovations in learning and the debunking of Prensky and his idea of digital natives.

It makes a good read for anyone studying Open and Distance Education with the Open University.

The theme that the author may not have seen that is pervasive throughout, is the idea of the e-learning entrepreneur; this seems inevitable with a device and technology that puts learning into the pocket of the learner.

Laptops and smartphones become a learn as I please, when and where I want, device. I wonder too, when cameras will become phones?

Reflecting on the devices that got unwrapped this Christmas some of us might prefer the Canon or Sony camera that uploads directly to Facebook, Kodak or Picasa without the interface of phone and laptop, or even a memory card.

If ou can think of it, it has been done.

This is one of those documents that will takes weeks of consideration as I wish to read all the references too, not that I doubt the author, but because often I find thinking such as this is like a digital conversation caught in the wind and there are a dozen other voices speaking at the same time. I've not come across Traxler before, for example. He’s cited 12 times in this review.

Though, just because someone else has already done it, does not mean that I might not do it better?

JISC Spotlight The presentation. “Students no longer need to engage with information and discussion at the expense of real life but can do so as part of real life as they move about the world, using their own devices to connect them to people and ideas, ideas and information of their own choosing, perhaps using their own devices to generate and produce content and conversation as well as store and consume them.” (Traxler, 2009, p.70)

Why therefore bother with a traditional university education at all?

Better to go straight to work and learn on the job, not simply as a trainee or apprentice, but by tapping into institutional and corporate learning. This is important The wider mobility of society has led to ‘approx-meetings’ and ‘socially negotiated time’ (2009:73) which, although mobile devices have not been designed specifically for educational purposes, has a knock-on effect upon formal education.

This disruptive effect has both a strong and a weak element, argues Traxler.

The ‘weak’ element of the disruption due to mobile devices in formal education is at the level of nuisance - such as ‘cheating’ during examinations, inappropriate photographs, devices beeping during class time. The ‘strong’ element of disruption, on the other hand, “challenge[s] the authority of the curriculum and the institutions of formal learning” (2009, p.77); students can effectively become gatekeepers and organisers of learning for other students in a way institutions have only been able to do previously.

"[Mobile learning involves the] exploitation of ubiquitous handheld hardware, wireless networking and mobile telephony to facilitate, support enhance and extend the reach of teaching and learning”

Due to funding arrangements, which sector is involved, and country-specific contexts, mobile learning means different things to different communities.

• Between classes and home (and work)