What do you understand by the word 'curation'? What does it mean in relation to content online? 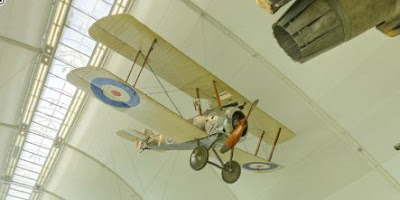 My understanding of curation is embedded in museums - I overheard the curator of the current Superhuman exhibition at the Wellcome Foundation Museum being interviewed by Aleks Krotovski on Tuesday.

When I took a picture using my iPad a member of the museum staff  politely told me that 'the curator asked that people did not take pictures' (and that the curator was in part to blame as he hadn't wanted the signage saying 'don't take pictures' too prominent) – curator as stage manager and executive producer of a collection of themed objects. The term 'object' itself embracing stills, artefacts, video-clips and activities. You curate stuff in a space and set parameters so that an audience of visitors can get their head around what, in effect, has come the curator's mind.

In the bizarre ways that these things happen I recall, age six at most, creating a fossil museum with ammonites found in the low rocky cliffs of Beadnell, Northumberland.

I was a curator, I brought together a themed collection of rocks, set them out in a room and invited people in – no doubt in the back of my mind imagining the glass cabinets and displays in the Hancock Museum, Newcastle.

Ian McGreggor of the British Museum with his History of the World in 100 objects is a curator - far more so than an amateur's eclectic collection of e–stuff. Or am I being a 20th century snob? Craving for academic elitism that is fast vanishing down the plug–hole as the digtal ocean and equally digital–cloud washes and blows over everything? I search that externalised part of my own mind, an extensive blog 13 years in the writing, for what I've said or stumbled upon before regarding 'curation' and find three entries, one prompted by my intention to attend this session in Bath and feeding off a visit to the De le Warr, Bexhill and the rest from Martin Weller's book 'The Digital Scholar' in which he lists curation as something universities will need to do. On Chapter 12 he has this list on publishing as:

I wonder if this following quote gives a sense of Martin Weller's comprehension of the term 'curation' as used in a Web 2.0 context:

'If Boyer's four main scholarly functions were research, application, integration and teaching, then I would propose that those of the digital scholar are engagement, experimentation, reflection and sharing'. Weller (2011).

On a quest to become 'digital scholars' or 'thought leaders' we should, to change one word –engage, experiment, reflect and curate'? The word, used in this, come to think of it, ought also to include 'moderate', even to 'chair' or 'host'.

In 2002 Gilly Salmon, then a lecturer at the Open University Business School, tried to coin the terms e–tivity and e–moderator.

Perhaps then, as these things go, the digital community have not picked up on these terms – instead they have hijacked 'curation'. We are going through a rich phase of redefining and inventing words and understandably they result in carnage and debate. Academics are guilty I feel of sometimes wanting to be the first to coin a word or use a new phrase or word in a new way because citation will mean that they are then quoted for every more. This happens in academic publishing and study, unfortunately 'curation' can leave you wondering about the source. Is 'jumbling together' the content of others from multiple sources even more questionable than turning to self–monitored wikis such as wikipedia?

'If the intention is to encourage engagement then low-quality routes may be more fruitful than seeking to produce professional broadcast material'. Weller (2011) and 'Low quality individual items because of their obvious ease of production, can be seen as an invitation to participate'. Weller (2011)

Is curation a dirty word? Is curated content reliable? What does it mean in the corporate world?

What's going on in there? A look at the brain and thoughts on the mind

First the Royal Academy, meeting with the author of 'Exploring the World of Social Learning' Julian Stodd having made the connection on Linkedin a couple of weeks ago, so - read the book, met the author and now we pick over each other's brains - how we learn is a mutual fascination.

Fig. 2. A doodle of Medusa's severed head in the hand of Perseus

A second viewing of 'Bronzes', this time with a drawing pen and pad of cartridge paper - photography not permitted. I wanted to see if my hand was 'in' or 'off'. Most of my time was spent circling the decapitated body of Medusa. 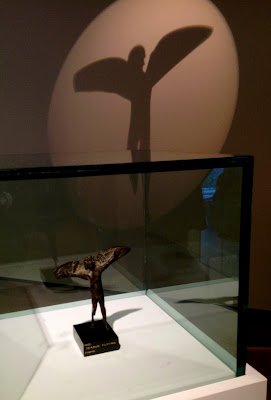 Fig. 3. Icarus - far smaller than I imagined (see below for the publicity shot)

On then to the Wellcome Foundation. In this instance I'd taken one snap on the iPad and was approached and politely advised that photography was not allowed.

A guide book for £1 will serve as a suitable aide memoire.

Only yesterday I was listening to and enthusing about Aleks Krotoski on 'The Digital Brain' on BBC Radio 4 and blogged about the series so it was with considerable surprise when I overheard her familiar voice and found her at my shoulder about interview the exhibition's curator. I guess therefore that I listened in on part of the content for a future broadcast.

Upstairs I watched an operation to remove a cancerous growth recorded in real-time from the surgeon's point of view, then Project 22 in which a woman photographs everything that she eats as she eats it for one year and one day - age 22.

A selective record of a year. Can a record of an entire be undertaken with some degree of necessary selection? Or could a software algorithm sort it all out for you if a memory enhancing device records everything that you do and experience.

Other than the £1 guide, unusually, I have not come away with bags of books though I would recommend the Blackwells bookstore at the Wellcome Foundation for bizarre stocking fillers - I Liked the 'blood bath' - blood-like bathsalts offered in a surgical drip bag, or highlighter pens as syringes.

Exploring the World of Social Learning

There can be no better recommendation to read a book than when its author spots you as a like-mind and invites you to read.

I am halfway through Julian Stodd's 'Exploring the World of Social Learning' and am keen to spread the word to those like me who are studying for a Masters in Open and Distance Education (MAODE) - particularly in H807, H808 and H800 we are asked to learn collaboratively and go understand the dynamics of shared learning spaces online from this blog-cum-bulletin board platform, to student tutors groups and break-out cafes. You may even have made it over to the Open University Linkedin group (go see).

I not only find myself nodding in agreement but better still in Web 2.0 terms I find I keep wanting to pause to explore a thought or theme further, the subject matter embracing learning, social learning and e-learning - while drawing on a professional corporate learning and development background, which makes a valuable change from an academic perspective on social learning in tertiary education.

To do this I return to this my open to all e-portfolio-cum-blog to search for what I have thus far picked up on social learning, learning theories, forums and so on. And to do the same in other people's blogs as hearing these familiar voices helps make better sense of it all.

I should add a grab here of the couple of dozen books I have read in, on and around 'social learning' - I put 'Exploring the World of Social Learning' alongside:

'From Teams to Knots' Yrjö Engeström

via a solid grounding in educational theory that you'd get from Vygotsky's 'Educational Psycology'.

An alternative to, or addition to reading about social learning in an academic papers, that are by definition are several years out of date, rate MySpace above Facebook and fail to mention iPads or Smartphones in the mix.

Granularity in the context of understanding social learning within e-learning

Granularity is best described as creating levels of data, with full control over who can see what. Stodd (2012:45)

Failing to find notes on granularity in his own blog while reading a son to be published book on social learning by a colleague - I stumbleupon this. The best way to learn, in my eBook - serendipty, vicariously, exploratority, but with a mix of familiar and new territory.

Where, courtesy if his link to JISC I find a satisfactory answer:

Features: planning at different levels of granularity – activity, session, module, programme. customisation of terminologies to adapt to local institutional requirements. consideration of teacher time and learner time as significant parameters for learning design. updating of information in all stages after changes made in any one stage. externalising decisions made in designing through visual representations.