'The Camelot comparison - accentuating the positives of the entrenched practice'.

'Assessing quality in a reliable and transparent manner is a significant problem in the recognition of digital scholarship, and its intangibility and complexity are enough to make many give up and fall back on the practices they know and trust'. Weller (2011)

'A digital scholar is likely to have a distributed online identity, all of which can be seen to represent factors such as reputation, impact, influence and productivity'. Weller (2011)

'Many if the characteristics which would be frowned upon in scholarly articles, such as subjectivity, humour, and personal opinion, are vital elements in developing a dialogue in blogs'. Weller (2011)

'Knowledge is acquired through research, synthesis, practice and teaching'. Boyer (1990)

'The fact that there is hype doesn't mean the overall direction isn't correct. A technology may not completely change the world in the next 18 months, but it may significantly change practice in the next decade'. Weller (2001)

Publication associated with promotion and tenure.

Where Academics get stuck - identity and status.

'A system's capacity to produce unanticipated change through unfiltered contributions from broad and varied audiences'.

The implicit message in these OERs is that the consumer can become a producer - they are an invitation to participate precisely because of their low quality.

'In educational terms it may be that both (big OERs and little OERs) have a role to play within a learning context or course. Learners may want to feel the reassurance of the quality brand material for core content, but they may also want a mixture of the more social, participatory media that encourages them to contribute'. Weller (2011)

Naive to think putting stuff onto YouTube will get it noticed.

Visible to anyone in the world
Edited by Jonathan Vernon, Friday, 28 Sep 2012, 14:30
Technology-mediated learning contexts

If face-to-face is the answer, how do you (Crook and Light, 2002) replicate the combination of informal and formal discourse opportunities that characterise the face-to-face campus.

The answer is in social networks such as Linkedin being alerted every time someone in your circle updates, or adds friends or writes something, though different, there is at least an inclining of this meeting serendipitously around the water-cooler, or passing in the corridor. Also the random offering up of 'people you might know', even if they haven't instigated it. This is beyond face-to-face, but designed to replicate the chance encounter that makes up human intersctions.

In Diaryland (1999) a similar trait is offered as within a set number of 75 friends you always know who has updated i.e. who is active and therefore around and more inclined to engage.

Why hybrid?
What community?

'Technologies, such as social networking, can be used to construct personal learning environments designed by the learner precisely in relation to their interests and goals across a range of practice boundaries'. (Anderson and Dron 2007)

Helping to get the best out of someone and making the case for the PLE, which afterall, is what a person takes with them as they progress, as they invariably will, from one learning institute to another, what is more, having control over this PLE, whereas any VLE is open to change beyond their control.

'Technology self-evidently involves tools, understood as both the physical resources and practical skills required to make use of them, but to focus primarily on the tool or the virtual space would be to make a categorical error, mistaking a component part for the system as a whole'. (Jones and Eshault, 2004)

Thinking of my late grandfather's garage with all its tools, the context would be the mix and combination of tools, some complimentary, some one offs, and the space (once he'd rolled the car out of the garage). Most importantly it would include him, both actively engaged in a task and from my point of view, someone who was always keen to pass on skills and insights.

'Students may not take up the opportunities offered, or may do so to little good effect.' (Thorpe, 2008:122)

'Asynchronous conferencing for example has fostered both utopic and dystopic views of its potential'. (Haythornthwaite 2006)

The importance of the beginning of the course the same as in face-to-face, you only have one chance to make a good first impression.

'That particular aspect of getting everybody involved right at the very beginning really sets the scene for the rest of the course.' (Thorpe 2008:123)

'The designg in effect performs a mix of compulsion and engineered interaction that combines formality with informality.' (Crook and Light, 2002)

'The potential for expansive learning'. (Tuoni-Grohn and Engeström, 2003)

'This is learning that crosses the boundaries of different activity systems, expanding involvement with others and developing both individual and collective learning'. (Cole and Engeström 1993)

'A context has to be reconstructed and participation invited through the use of activities, structured formats and textural genres operating at various levels.' (Thorpe, 2008:130)

'Engeström (2007) emphasizes the importance of learning across multiple activity systems where knowledge is being developed across many sites, from the formal academic context through practioner-focused websites and fora to the workplace. Technologies, such as social networking, can be used to construct personal learning environments designed by the learner precisely in relation to their interests and goals across a range of practice boundaries (Anderson and Dron 2007)

The Far Pavilions is on BBC Radio 4

My wife is enjoying it; so am I. I don't need to read the book, she does.

Two minutes on 'my' Kindle and she's found the book, downloaded a sample and won't let go.

I wake a few hours later. No Kindle.

'I bought it by mistake' she says, still reading. 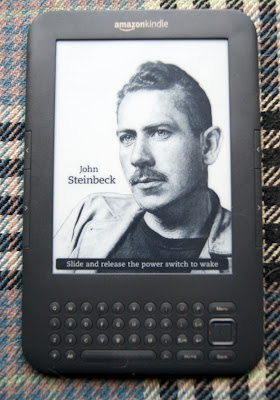 Day one I thought, I'll read one book at a time. I'm on chapter 12 of 'Rethinking Pedagogy for E-Learning.' Doing well then.

No more books ... not this month, at least, until I'm paid ... until I've read, collated the notes and quotes, and uploaded the lot to MyStuff.