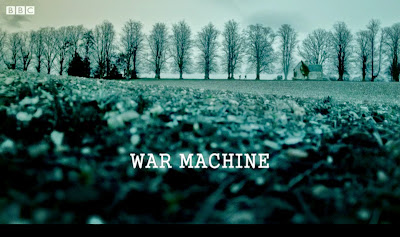 There are many reasons to watch this 45 minute drama made by BBC Documentaries:

1) It is a gripping piece of entertainment that incorporates modern music to help evoke the feelings and tone.

2) The sense of what it meant to take part in this conflict to Britain then, and today, is palpable

3) For a piece of screen writing I can think of little that is so sharp, so succinct, so remarkable ...

4) You don't think of it as a documentary. This isn't docu-drama, so much as drama that seamlessly includes a few animated maps and subtitles as does many a movie or TV series these days

5) You too will be recommending that people watch it.

6) The series so far is excellent, this episode stands out as brilliant - I was left weeping in sadness and joy, while reflecting the violent conflict, though not on this scale, is still very much a contemporary issue.

7) You have this week to watch it. (What seems to happen then is that towards the end of the series it will be offered as a DVD) 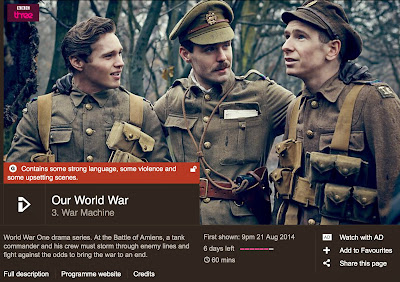 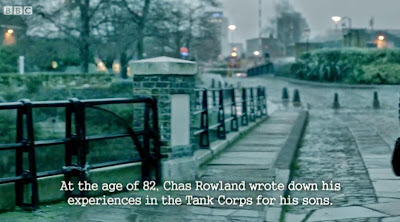 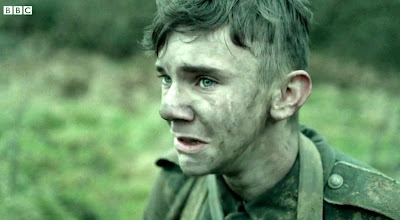 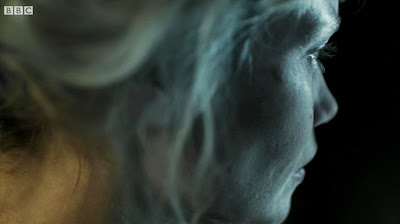 The Loving Ballad of Captain Bateman 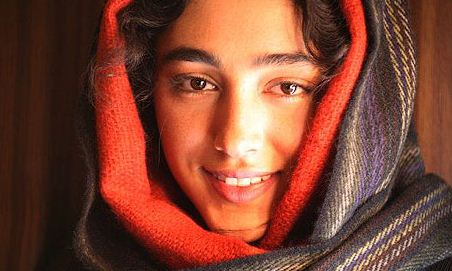 Sometimes you have to stop the car and listen

Captain Stewart Bateman is badly wounded in Afghanistan. Sofia gives him shelter and you know they will fall in love ... but with the British Captain in their home Sofia and her father face retributions from the Taliban for harbouring him or from the British army for keeping him prisoner. Sofia's father is about to sell him to the Taliban when ...
Well, that's when I stopped the car - all I could see was a movie playing out in my mind. It was unsafe to drive.
Listen HERE - or Google 'BBC Radio 4 The loving Ballad of Captain Bateman'.
Lines I like 'They say Afghanistan is made of the bits God had left over after making the rest of the world'. Reply: 'Sounds like Killingworth'.
Writer: Joseph Wilde
Music: Tim van Eyken
You've got 6 DAYS LEFT TO LISTEN from today Friday 14th December
Then what happens? Is it archived? Do you download a podcast ... or wait for the movie or TV series.

Ivan and the dogs

Ivan and the Dogs

Occasionally I am engaged by a radio play, this one had me parked up for the final 15 minutes. Yes, I can get it on iPlayer, but I enjoyed it on its first outing (I think).

If I had the means to buy the film rights I'd get them in the bag tonight. This is one for Warner Brothers (does that diminish it). I hope not.

From the BBC iPlayer podcast blurb:

Based on the extraordinary true story of a boy adopted by a pack of wild dogs on the streets of Moscow.

Ivan Mishukov walked out of his drunken, arguing parents flat aged 4 and went to live on the streets of Moscow. There he was adopted by a pack of wild dogs and with them he spent two winters on the streets. When the play begins Ivan is now 11 and has never told anyone of his time with the dogs until one night his foster mother promises another dog if he will tell his story.

The story takes us though the backstreets of Moscow at a time when the idea of life itself was being devalued and where we meet glue-sniffing children who fight for their territory in underground sewers and drunks who will freeze to death in the winter. Amidst this human catastrophe Ivan learns that only his dogs can really be trusted and embarks on an extraordinary relationship of mutual need.

Go listen while you can.

and if you have children (an 11 year old boy at some stage helps) and have or have had aa dog, you'll love it.

Which probably explains why it caught my attention ... narrowcasting like a rifle at the man with a 12 year old son and a 2 year old nonsense of a fluffy white dog.

(If you are going to write, know your audience, for radio, this is a single person. Is this not the case with all stories? )

Is this not valid for any kind of communication?