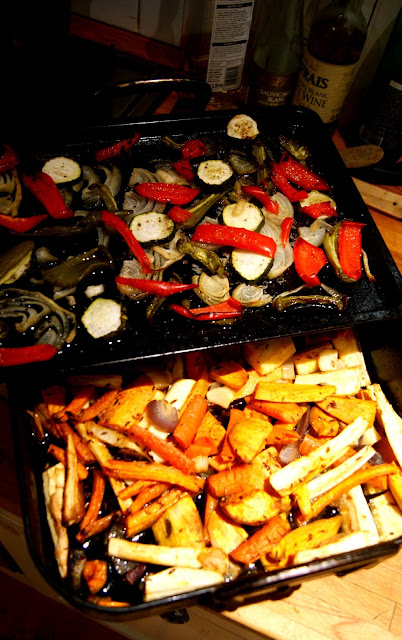 Fig.1 Baked veggies - assorted everything and oodles of spices and seasoning.

This looks pretier than my flabby belly, but going from 90kg to 84kg in the last 12 months could be my most valuable legacy of the Open University.

This is year two of a postgraduate degree in open and distance education (MAODE). Finding appealing the jobs ad at the bottom of our VLE (this) for someone to do social media for the Open University Business School (I blog a lot, I do social media, I've been active online since ... the mid 1990s I suppose, with a blog since 1999). Anyway, they say yes and then I think 'oops'.

'Oops' finds me staying with a lovely family in Milton Keynes during the week.

A home. And Mum who is a neutrionist (also works at the OU)

She is much more than this, the 'good life' writ large with a garden that is a small holding. It isn't just food, it is a way of life.

The sceptic at some stage shares a medical crisis - cholesterol at 7.7 and the prospect of a lifetime popping a pill (Statins).

My wife (medical market research - she knows her pills) also says 'no'.

The answer is a radical change in diet.

I run with it. No question. Just go with it.

Out comes red meat (most of the time), all dairy and other suprising things. I ditch what I thought was a healthy bowl of muesli every morning with soya milk for plain porridge as the truth was the calories in the fruit muesli were huge.

So vegan for breakfast, vegetarian for lunch ... and to start with, perhaps a piece of chicken (no skin) more likely fish in the evening. I have rice milk in coffee. I very rarely touch cheese. Some of my favourite things are totally out - like duck

A year on fish as the dish - helped by the fish landed fresh every day at Newhaven.

A year on I return to the doctor for a blood test - Cholesterol 6.6.

A teen vegetarian daughter is benefiting from a father's new found love for cooking all things veggie. My wife too has shed many pounds too. Our son gets the meat budget.

I'll graduate next year, but what may matter more is better health and a less indulgent view of food.

And I solve a life-time medical problem.

I am allergic to white flour.

Periods of nausea and asthma attacks

Six years ago the NHS had me at the top of the list to see a nutrionist then pulled the plug.

The use of narrative in e-learning

I fully buy into the idea of using narrative in teaching.

Without the pyrotechnics of e-technology some imagination from a well informed agent, perhaps assisted by a scriptwriter, could produce a script that is engaging, a journey from which a learner may deviate if something so intrigues them, a pattern with a beginning, middle and end that everyone can follow.

‘Teachers use narrative to teach children difficult concepts and to bring structure to the curriculum.’ Egan (1988)

It has been shown that experts in any field tend to embody knowledge in the form of narrative.

Schon, D (1983) The Reflective Practitioner: How professionals think in action.

‘Stories are the method by which people impose order and reason upon the world.’ Fisher. (1987) REF Fisher, W.R. (1987) Human communication as Narration: toward philosophy of reason, value and action.

‘By framing events in a story it permits individuals to interpret their environment, and importantly it provides a framework for making decisions about actions and their likely outcomes.’ Weller. (2009:45)

The framework is the logic of the narrative, the logic of the plot, the role-play of the protagonist (you the learner), the battle you have with antagonists (concepts you can’t grasp) supported by your allies (the community of learners, your tutor and institution) leading to a crisis (the ECA or exam), but resolved with a happy ending (one hopes).

Film-makers, naturally, but also documentary film-makers, bang on about the ‘narrative’ and the ‘story.’

This is how facts, whether naturally linear or not, need to be presented, if an audience, or a larger part of that audience, are to be suitably engaged by a topic.

Some months ago there was a news story concerning how much could be expressed in 40 seconds – BBC Radio 4, Today Programme. Any recollections?

Three experts were called and in turn tried to explain:

3) The Offside Rule in soccer

Bing Bang was pure narrative, like Genesis in the Bible, with a clear beginning, middle and end.

String Theory had a narrative in they way the theory came about, and just about got there.

The use of scenarios:

Having spent too considerable a part of my working life trying to write original screenplays and TV dramas I am versed in writing themes and strategies, storytelling in three acts, with turning points and a climax, antagonists and protagonists.

I use software like Final Draft and Power Structure.

These tools could as easily be used to compose and craft a piece of e-learning. Perhaps I’ll be given the opportunity to do so.

‘Narrative … is a useful means of imposing order and causality on an otherwise unstructured and unconnected set of events, but it also means that some detail is omitted in order to fit into the narrative, and other factors are only considered in the limited sense in which they can be accommodated with the narrative.’ Weller (2009:48)

Writing a narrative, for a novel or screenplay, is to some degree formulaic.

Is design of e-learning as straight-forward?

A decade ago it looked complex, five years ago with HTML code package in plug-ins and excellent ‘off-the-shelf’ software coming along the process appeared less out of reach.

Today I wonder if it is more matter-of-fact than some make out?

Addressing problems, devising a plan (a synopsis, then a treatment), threading it together … maybe its having it operate apart from the tutor or lecturer or teacher is what concerns you (teachers, lectures, profs). You are the ones who must learn to ‘let go of your baby,’ to have an actor or presenter deliver your lines. Once, and well. Or write in a team, as writers on a soap opera.

It works to follow the pattern rather than break it.

It strikes me that in e-learning design there may be only a few structures to cover most topics – really, there can only be so many ways to tell/teach/help someone understand a concept … or to do something, and remember the facts, the arguments and concepts … to be able to do it, repeatedly, build on this and even develop an idea independently to the next stage or level.

There is little meat on a popular documentary

There are micro-narratives and their are journeys, some more literal than others, for example, currently there’s a BBC documentary series, ‘The Normans’ and the third or so series of ‘Coast.’

From an educational point of view, what do audiences ‘learn’ from these programmes?

Can they typically recall anything at all, or do we/are we semi-conscious when watching TV, leaning back, not leaning forward, mentally as alert as someone smoking a joint. (Apocryphal or true?)

Try reading the script, try transcribing what is said and look at how far it goes.

Not very far at all.

Such programmes/series can be a catalyst to go to the website or buy the books, but otherwise the information is extremely thin, predictable and ‘safe.’)

If only links could be embedded into the programme so that as you view the programme relevant pages from the Internet wold automatically be called up.

Do you watch TV with a laptop?

Many do. Traders can manage several screens at a time, why not as mere mortals too?It becomes more engaging when you field of vision is nothing but screens, on topic. My preferred way of working is to have two screens, two computers, a mac and a PC, side by side. They do different things, they behave in different ways. I have a team of two, not one.

The medium may introduce a topic or theme, but there is little meat on the bone and we can be swayed by:

(For any longer list of concerns take a course in media studies.)

And if its on a commercial channel there are interruptions for adverts, while even the BBC chase ratings.

Even seen a lecturer take a commercial break

How about the some rich e-learning sponsored by Lucoxade, Andrex or Persil?

This is how schools receive interactive cd-rom and online websites ‘for free.’