I can trim 100 words and a final check of grammar, punctuation and sense will do no harm.

It adds nothing to the word count and appears to entertain the tutors so I illustrate my assignments. Well, I add pertinent photos, charts and diagrams. The use of photos should be encoruaged, indeed in the MAODE aren't we able to submit multimedia? I remember an assignment that some presented as a short video.

Unusually for me I have 12+ hours in hand. I also have a day in London seeing production companies. I'll take in a print out. If I'm inclined to do so, or want of a few marks or just making my tutor's life easier, I'll edit and re-submit before the midnight deadline.

For all my MAODE modules that would be it. This being an elective that comes from the OU MBA means there is an exam at the end of April

You are where you work

What makes a university campus such as Harvard or Oxford a hotbed for entrepreneurs? Is this recreated in closed networks online or at Residential School. How come some buildings induce mental stagnation and disaffection whilst others are a delight? Where (no company or organisation names) have you worked where the architecture, landscaping and office lay-out are conducive to innovation?

Serendipitous interactions, or what Tony Hseih calls 'spontaneous collisions' between people, are what spark ideas and facilitate relationships that lead to stronger ties and more ideas.

Have you worked for such a company?

Hsieh calls his people "culture magicians". Steve Jobs designed this into fabric of Pixar and Apple.

What does it take for an organisation to foster innovation?

I've got it down to five words, reduced from several week's reading:

Those who come up with ideas are recognised for their input and achievement.

Their ideas are realised; they go into production or become reality.

Resistance to the idea and to change is overcome.

They receive reward which might be a bonus, or shares or promotion beyond a handshake and some time at the top table.

It is everyday, routine, part of the culture of the place not a bolt on fad like TQM and Quality Circles of the 1990s.

People stay in, they are retained because of the above and so go on to innovate again rather than for themselves or the competition.

Is Total Quality Management a liberating force for the people who work with it or is it intrinsically exploitative and if so why?

The success was in an organisation where the CEO was the champion, and though a UK company they embraced all the collegiate and collective brotherhood ethos that was a blend of US and Japan. It was a way of life, a permanent culture shift in which people were recognised for relevant achievements, rewarded, retained and given further responsibility.

In contrast, the other organisation were ticking boxes, the CEO was a distant, Eton educated Grenadier Guard who I never saw 'at the workface' it was an effort to find examples worth turning into short films (my job) and it was apparent that some were a fudge. It was being used by middle managers to secure their place at the expense of others.

The best possible way to take on board all the design considerations is to involve all the affected parties right from the outset vs. institutionalised redesign.

In Book 3 P45 Innovation in Practice

"The public does not know what we can do .. Any amount of market research would not have told Sony what to do." Akio Morita (1988:188)

Think of examples of innovative practice in your workplace and decide where they might fit on Pearson's matrix. 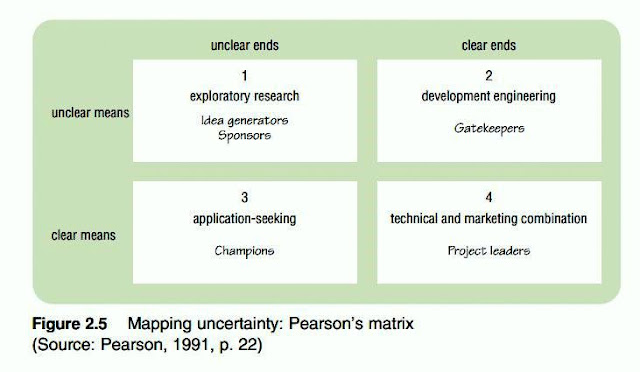 Which type of innovation seems most vital to your organisation?

NOT exploratory like a pharmaceutical company doing R&S, whether big or baby bio.

PROBABLY development engineering in which, like Microsoft bringing out a new operating system, a new module takes years to realise.

NOT finding new ways to use old stuff, like for the most part 3m. Then again, reversioning content for the web, especially for social media is exactly what is going on. Like at the free accountancy course on Facebook. 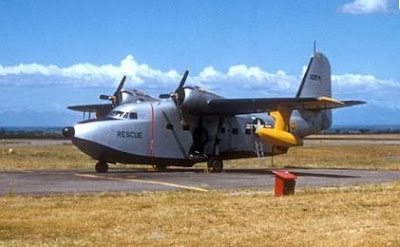 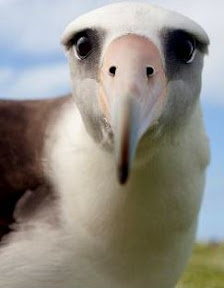 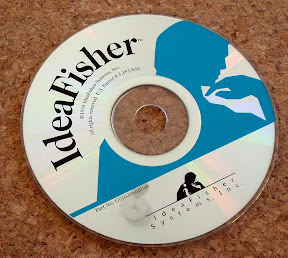