Not so much a mind burst as a mind dump : B822 post Resi School and pre TMA2 Tutorial

I offer these cryptic notes from the post B882 Creativity, Innovations and Change OU Business School, 'Residential School' as an aide memoir and catalyst.

This sounds like an excuse for poor note taking, yet everyone will have their own view or sense of what occurred during the tutorial and more importantly what they took from it or felt about it.

Rather than being prescriptive then perhaps the following will jog your memory and help you think it through. In any case, I could justify it as a technique, 'stream of conscious' or free form writing: getting it on paper. (though these days everything is jotted down on an iPad).

Were this a Wiki it could be added to collectively.

(As a Belbin Team 'Plant' type I love the idea that a 'Finisher' in a group will come into a wiki and 'get the job done' while I dream, tinker and catalyse invention).

Be careful with the term 'framework' which here means metaphors as exploration for problem solving. Whereas methodologies are 'methods for problem solving' such as Buffalo Three Stage Model, Disney (complete method, not technique).

This used three modes of thinking:

All three strategies are useful and complementary for a project.

(My successes have utilised three people in these three modes, I am generally the dreamer. Reflecting on this I do see how I can been try to be overly pragmatic and might stall a project and ultimately the projects worst critic ... and so I pull the plug. The trick has to be to find a way back and forth through all three traits, or as I have done in the past, be the dreamer, with a realist and critic part of the team).

You can role play alone, but best to have others take part so that the 'idea' is given legs.

The technique calls for a FOURTH player:

Can anyone add more to this?

My concern would be that if already outside your comfort zone it would be too easy to duck the issue; instead of using 'guerilla activities' strategically as the best choice of approach, that they would be used to avoid having to confront fears you may have over facilitating such an exercise with colleagues.

Might the answer be to dilute a mix of people with some outsiders, as catalysts or to tip the balance in favour of the exercise?

Even to diffuse any real or perceived problems?

This activity, done in teams facing each other is the same as 'paper, scissors, stone' but with bigger, bolder actions. You 'Tut-tut’ and wag your finger as the mother in law. You 'growl' and get your claws out as a Tiger While you shout 'ha!' and take up the stance of a Samurai warrior brandishing his sword for Samurai.

This is an Ice-breaker which gets people on their feet, smiling, shaking of inhibitions and getting their energy levels up. It's one way to help get people into the right frame of mind for things like finger painting etc:

We shared some of the techniques used at Residential School: Hairy Balls

Actually pom-poms, though any item could be used to throw and catch from a beach ball to screwed-up newspaper.

I first came across this at Youth Theatre in my teens, then used it as a warm-up with video production teams and later with 'Mini Squad' our future elite swimmers, in the water to help them get each other's names in their heads, followed with 'hot potato' in which they are pushed further to retain the basic information while they get suitably warmed up.

The most relevance for this is with a group where people don't know each other already.

The next step at Resi School.

Q.Q. How to do the virtual version?

Privately we thought if we were an animal, what kind of animal would we be?

We then put the word on a PostIt. One at a time we came forward and described ourselves while others based on this tried to guess what kind of animal we are.

This too went on a PostIt and from this we'd gain some understanding of who we are perceived to be.

Finally we put the two animals together.

How did this go? I should know. 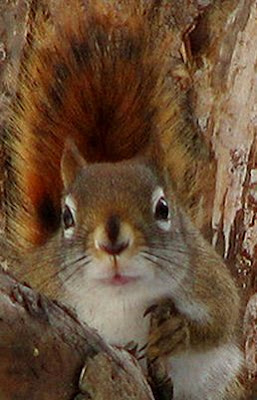 I elected to be a Red Squirrel but only because I happened to be thinking about a certain Management Training Centre in the Lake District (actually the Eden Valley) where my late father lived where we had Red Squirrels. I should have related it to my current role or how I saw myself. Actually I had had 'dolphin' in my mind, which was as much about freedom and personality as my professional and personal interest in swimming. 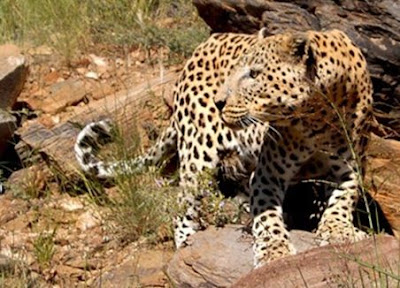 It worked better with someone else who had described themselves as a leopard 'ready to pounce' as we had come up with a leopard or some such. The next step was to introduce two such 'animals' in 'character' to each other, for example what happens when a 'giraffe' type meets the 'panther' or of course the classic of a mouse meeting an elephant. 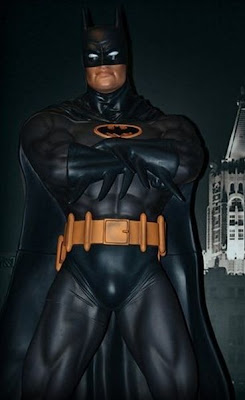 At Resi School we did 'Super Heroes' and it worked by people finding complementary powers.

This is good at the solution finding stage by asking people who, why and what.

Ask 'what solutions would your superhero bring to the table?' What have we got to lose? (if you are getting nowhere).

If you've got to tackle lots of incremental changes that are not delivering how do you reframe it and do something more visionary?

Sequence of diamonds to have the problem, diverge, then draw it together.

Based on 'systems thinking' Jane Henry and John Martin (2010)

Trying therefore to understand it holistically.

Something 'messy' is when you put stuff together e.g. Hospital, flyover and play park. P.43/44.

(I keep thinking of Engestrom's 'activity systems' and how these were used to think through messy problems in, for example, a live TV production company, or the relationship between a hospital and clinics).

Wicked or Messy problems. What are they?

These have few boundaries

TMA02 Ask yourself? Why am I dealing with this problem? Use a technique for messy or wicked problems. 3:10 unpacking problems

Some are techniques, others are complete methods. Eg. Buffalo. 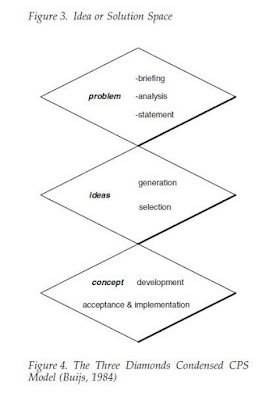 It is an Iterative process

Remember the 13 precepts as "rules for the environment'

Evaluate what did - compare precepts.

If precepts breached, why? What do next time?

Horse shoe and the car story

A company makes great horseshoes then along comes the car; its response is to make the very best horse-shoes. But sales are falling ... So you make increasingly better horseshoes.

You are trapped into doing the same thing.

When around you the world is changing, you need to do something different.

I bought a Kodak digital camera and easy share docking station around 2002.

Both lasted no longer than a novelty Christmas present, the definition on the camera too poor, depends ace on the docking station and frequent, expensive paper fails with the printer.

Other industries that are too stuck in a rut to change?

On reflection I can see that corporate video production companies could fail in the same way if they thought in terms only of video production, instead of seeing themselves as a communications business. I think of how 'Two Four' has, for example, morphed itself into broadcast TV while 'The Bank' went from a record label and music videos, to corporate video, events, commercials and 'experiential' projects.

1) Get as much as you can, so keep diverging.

I recall our Resi School tutor forever pushing, and stepping in wherever (at this stage) someone started to use business terminology (i.e. both converging and becoming glued to a mindset not of your own).

2) You want one idea to lead to another.

As soon as you close down you stop the flow of ideas.

E.g Brain writing. 30secs to put ideas/answers on a pad, then quickly pass it around. Interject a game ....

3) Then back to the brainstorm.

Converge, Diverge, Statement of the problem.

N.B. One people fully understand what the problem is the following stages follow through quickly.

How you'd do it next time (better when it goes wrong)

N.B. Do it in a real context to convince the tutor that you did it.

Ideally, a group of highly supportive group people at work.

Manage the context Hamburger or sh1t sandwich : pointing out what went well and reinforcing this to conclude.

How are you going to overcome the constraints of your organisation?

What is the PROBLEM?

The problem is defining the problem.

Problem solving does not mean finding a solution necessarily but finding the most suitable way of dealing with the issues.

Exceedingly well educated, but preconditioned on how to solve a problem.

What people are wearing! Dress down Friday.

No hierarchy, include outsiders.

NO IT games! (paid for and restrictive) Role reversal ... In my shoes (personas)

Facing the truth. Lose the passion.

Gap analysis: where we are ...

Steps BACK from the end putting in place the steps. Make in convergent, divergent.

Have a pack of colour discs. (To do Timeline)

Lay them out to diverge, then converge.

Physically walk it through.

(Human sculpture) ... Even as a person not the organisation.

Why is the group composed the way it is?

Don't think the technique will work

View the technique library as a recipe book.

Have back up techniques in your back pocket

QQ what are you doing differently compared to 2011?

Insightful commentary on the decisions '5W and H' to structure TMA. If you cannot define the problem early on start by looking at the symptoms.