The origins of the First World War - as a rap 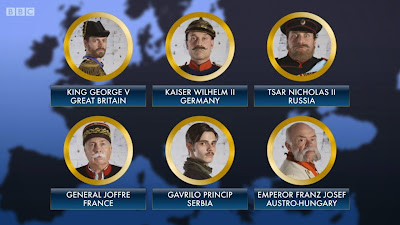 You can fault it; Joffre doesn't have a word. And George V had nothing to do with taking the British Empire to war 100 years ago. He was a constitutional monarch; we should look to the cabinet and Foreign Minister earl Grey in particular. Kaiser Wilhlem II, also a constitutional monarch had far more influence over the appointment of senior officials, though it is Reich's Chancellor Hoffman Hollweg with Moltke we ought to lampoon as the German rascals who went on the offensive in a drive to build a more substantial German Empire. While Tsar Nicholas II is represented by a bear of a man, while the Tsar was short and slight. Franz Josef, the elderly Austro-Hungary Emperor, signed what his officials put in front of him.

A great way to introduce the subject? Humour gets your attention. Or overly simplistic?

Remember the lines and you might have the basics of the origins too. Schools won't permit because of the language, though young people will watch it anyway.

You've only got 17 days left to view or download. 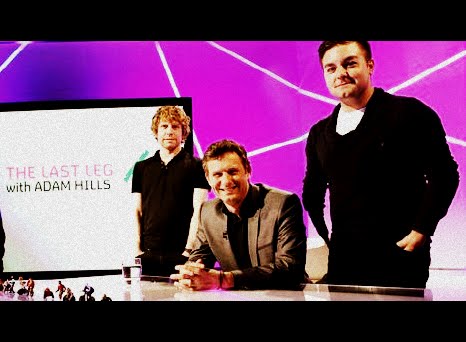 'If the Paralympics is covered well, it can change the way you look at and treat people with disabilities,' says Adam Hills, presenter of C4's late-night show The Last Leg

An evening with Adam Hills should be the opening presentation on the module H810 Accessible Online Learning - for a start we'd have to ditch the term 'disabled' for something else - these kinds of labels and tags have had their day.

Live at the Lyric 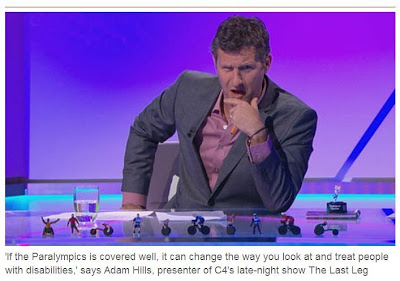 Just search 'English language' and there are dozen of references to the use of words. I'm used to massive tomes on the subject, from the Cambridge Encyclopeadie of the English Language to the heft books by Henry Hitchings.

This therefore is a wonder, the whole thing in ten, one minute pieces.

The History of English…in just a minute x10

Could lectures be reduced to 45 single miunte pieces too?

A bite-sized comedic though academically sound-bite sized approach to learning – think “Just A Minute (BBC Radio 4) meets ‘The Reduced Shakespeare Company.’ Think Dr Who having to explain his prefernce for these Isles in a 60 second count down to the end of the universe. Which words we leave you discombobulated? Which ones tickled pink?

“When did English speaking scientists get round to naming the  most intimate of the sexual body parts?

Voiced by Clive Anderson, this entertaining romp through 'The History of English' squeezes 1600 years of history into 10 one-minute bites, uncovering the sources of English words and phrases from Shakespeare and the King James Bible to America and the Internet.

Bursting with fascinating facts, the series looks at how English grew from a small tongue into a major global language before reflecting on the future of English in the 21st century. “

The History of English
Jon Hunter

Dr Phil Searegeant
Phil has contributed to U211 Exploring the English Language, A150 Voices and Texts, EA300 Children's Literature, and E854 Investigating Language in Action.

Phil is currently working on the production of U214 Worlds of English and am on the presentation team of A150 Voices and Texts.

Visible to anyone in the world
Edited by Jonathan Vernon, Wednesday, 26 Oct 2011, 07:49
'We are (re) seeing the role of creativity and the hyperpersonal in teaching and learning, and (re)appreciating the value of play, and the importance of the 'learning community. We can not assume that the skills and pedagogy of face-to-face teaching will be appropriate in cyberspace. We have to be open to change and open to the lessons, both in their delights and their dangers, that teaching online can offer.' (Chester & Gwynne 1998)
Watching on YouTube the way in which sequences from 'Downfall' have be subtitled, satirised and exploited reminded me how learning can be fun.
http://www.youtube.com/watch?v=2lui0-4IW64
In one version Hitler and his motley crew in the Berlin Bunker debate the benefits of the Apple iPad. Not only does it have me in stitches, but if it is accurate it informed me of the pros and cons of the iPad and left me with the view that it will fail. i.e. stick with your iTouch or iPhone.
This reminds me of training videods that featured John Cleese (from Melrose productions in the 1970s & 1980s) and later Rhys Grith Jones from Not the Nine O'Clock News in the 1990s.
You can have a laugh and learn.