Research Question: by comparing history essays written in 1979 on British and European History 1450 to 1660 with the same or similar essays written in 2012/2013 is the impact of digital technologies recognisable?

Reading through the remarks on the Crook and Dymott paper (H809) in relation to different ways of writing whether pen to paper or fingertips to screen, I noticed a couple of fellow students wondering out loud if there are differences between what and how a student writes today compared to 20 years ago.

In a box in a lock-up garge, filed as they were written 32 years ago I have sets of essays on both British and European History. I have nothing to be proud of - grades range from D to B. And as we never had a word limit some essays go on and on and on and on ... to no avail. There might even be an F in there.

Are these subjects taught anymore?

My daughter, an A' Level history student,  is studying World War 1 and Chinese History, so that's no good.

Surely the feeding tactics of the teachers will be the same? Short spells around Secondary Schools suggest to me that neither Geography, History nor English teaching has changed at all at A' Level in the last 30 years.

Sounds to me like a serious mismatch of inputs and testing.

The kit may help or hinder. What matters is the quality of the memories laid down in the brain and the thoughts that can arise from getting enough of the right stuff in there.

My limited understanding of neuroscience would suggest that those parts of the brain used for communication and comprehension haven't changed a jot since Gates and Jobs and Tim Berners-Lee came along. Rather there is the possibility of a good deal more 'noise' - so on the one hand even more garbage 'polluting' the young scholar's mind whilst on the other easy and swift access to the very highest quality content - which in the past your teacher would supply with those slippery chemical smelling copies - what are they called?

The task then is to have a process so that this conent 'binds' - and whatever process or processes or tactics are exploited by teacher and pupil one thing has not changed a jot in 30 or 100 years. Time, effort, guidance, persistence ... recognising when you don't understand and having that fixed ...

Of similar interest might be a box of letters written by teenagers to each other at the time. These could end up in a museum one day - but are these asynchronous missives very different to postings to social media, particular as blogs? Very, I would have thought. The immediacy of the technology favours Twitter over the essay like letter sent by snail mail - slow to compose and equally slow to deliver.

'To make a great film you need three things - the script, the script and the script.' Said Alfred Hitchcock.

If I've written below about the demise of the written word, then I take it back.

OK, love letters have had their day. I don't even suppose that boarding Prep School Boys are writing home religiously every Sunday either; though we did.

My mother's collection of letters written by my brother and I from aqe eight years make quixotic reading.

Avatar started with a script.

The three CD edition is worth it for the documentary on the creation of the film. It started with an idea expressed as a 'scriptment' (sic) i.e. not even a script, but words on sheets of paper nonetheless.

A Learning Designer starts with a script, as does an Account Manager.

An idea (or problem), a brief, a synopsis and treatment ... that leads to a script. And once this is nailed down the costly business of production begins. Why should e-learning be any different to the production of a mega million Hollywood movie, or the Christmas Pantomime in Ambridge Village Hall.

I get paid to write because I'm able to fill a blank space with bright ideas in a sequence that makes sense (linear) or does not (non-linear).

But ultimately says something. 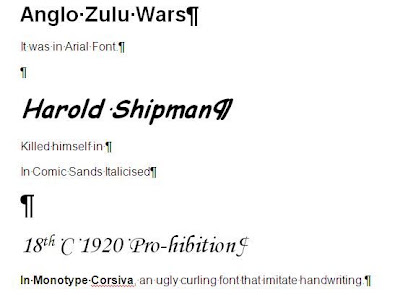 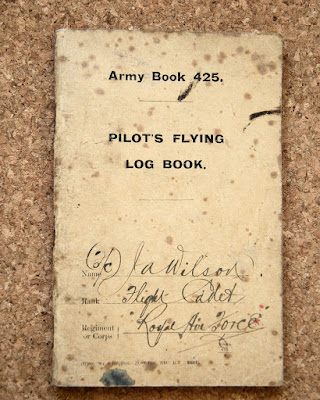 Then you settle into married life and children and, as I now do, I celebrate my 18th Wedding anniversary, my younger sister's 25th and the 50th anniversary of my in-laws.

I read about people who plan to digitise their life. The ephemera I have includes the diaries and a trunk of handwritten letters; rememeber them? And letters this boy sent to his Mum from about the age of 8.

Wherein lies the value of it? A useful habit, as it turns out, but do we expect our want a new generation to store every text, every message, every Facebook entry. Are these not stored whether they like it or not ... and potentially shared. Whose business should it be, when and if to 'disclose' or 'expose' a life. It can be of value, but it can also be harmful.

On the reverse side of this card is a note to my fiance, written on the 17th February 1992. We'd been engaged for 8 months, were living apart and would be together that summer and remain together now.

The value of reflection here, is a reminder of these sentiments. The value of any record, any stirred memory, can be to reinforce it, to be cherished, forgotten or dealt with. But if you haven't taken notes, you rely on the vagaries of your mind. So perhaps a massively scaled down version of digitising everything you do may have value, like a broach you press on occassion 'for the record.

All of this STILL coming from a single Opinion piece in the New Scientist (23 December to 1 Jan) about someone digitising every moment of their existence.

This is how the 'professional' student or corporate blog should look ... not social networking, no flirting, no personal stuff, just the business - something to chew on.