When it comes to e-learning how do you see yourself? Learning Designer, Writer, Architect? 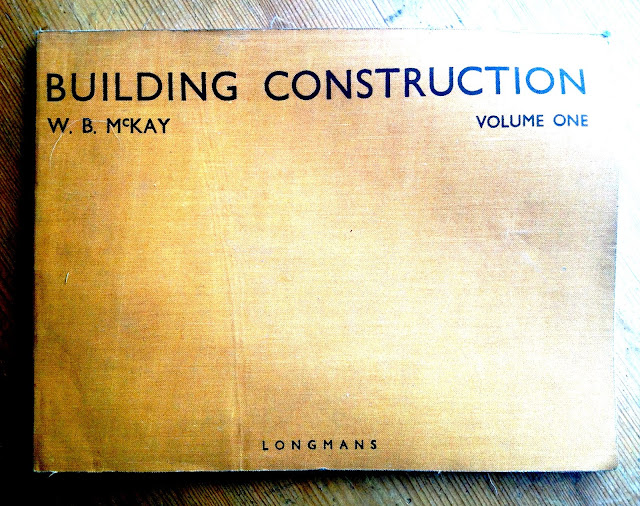 It is flattering to the group from Learning & Development that they can be likened to architects. Whilst many will have a degree, some don't - whilst some may have a post graduate qualification, very few do. None I'm sure will have spent six or seven years in formal study that has lead to recognition by the Royal College of E-Learning Designers - there is no such professional qualification, nor is there any period of formal study, a mix of studio work and academic research, that leads to a qualification of  this calibre.

The exceptions are those with first degrees and MBAs and at the pinnacle of this discussion, Christopher Alexander who has first and second degrees from Cambridge and a PhD in architecture from Harvard.

Many in academia have the second degree and PhD - but they generally lack the experience designing learning outside undergraduate and postgraduate tertiary education, which is quite a diffderent beast to the short courses and continual professional development desired in the workplace.

If I were to take the building trade by way of an analogy I would say that the learning and development manager is the client - while the architect is an agent or agency that you hire in for their design expertise and knowledge of foremen and project managers, builders and electrcians - the project leaders, programmers and art directos of e-learning creation.

The L&D manager may be a subject matter expert but is far more likely to draw upon expertise from within their organisation.

Which of the following made the biggest contribution to your learning when you first set out in your current career asked Clive Shepherd? 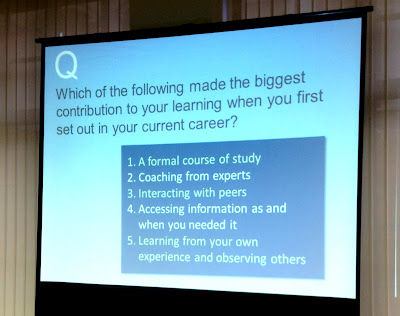 Fig.2. What has contributed most to your learning?

This depends of course on when a person knew they were set on a career path.

How many people come into Learning & Development (L&D) having decided on this path as an undergraduate?

As a graduate trainee I expected a mix of on the job and formal training - this mix turned out to be around 95% to 5% while contemporaries elsewhere were getting 50/50 of none at all. This is the formal way of graduate training and can last two or three years. Think of lawyers (barristers and trainee solicitors), accounts, bankers and teachers ... doctors, dentists, vets and architects.

Clive Shepherd who recently gave an insightful presentation on The New Learning Architect says he got the idea of the new learning architect at presentation gave by Jay Cross on informal learning.

Away from the presentation I like to click around as for me to understand a concept it helps to perceive its inception.

In turn, if you check the references for Jay Cross’s 2006 ‘Informal Learning: Rediscovering the Natural Pathways that Inspire Innovation and Performance' you’ll find where his ideas may have came from -  Robert A Heinlein (1961) ‘Strangers in a Strange Land’ and R Nelson Bolles (2005) ‘What Color’s Your Parachute’ are there along with John Seely Brown (2005) ‘The Only Sustainable Edge’.

There are some inspirational ideas and link here:

Workflow learning ties learning into the actual workflow within an organisation. According to Jay Cross it takes us to support and on-demand services that are designed to exist within the real tasks we do in our everyday work.Out of this work on workflow learning came an even wider, and what he regards as more important set of reflections. 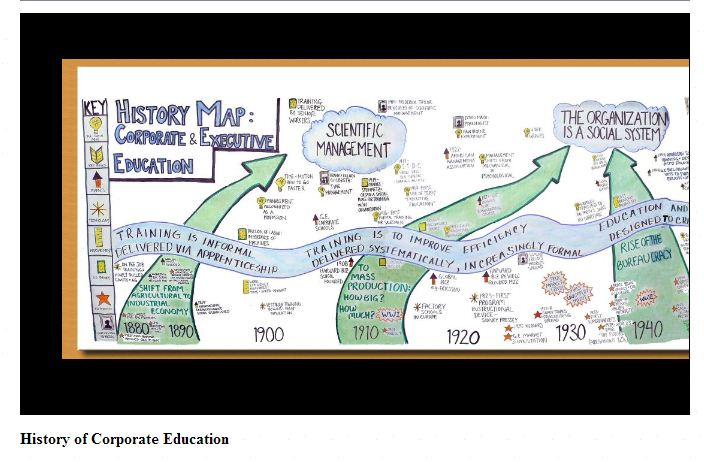 This timelines the history of corporate and executive training. It is like a touch-screen and zoome control all in one. The Bayeux Tapestry in digital form (now there's an idea over 900 years old). I spotted a typo - you'll find it says something about  ‘Toyota: Clean Production’ rather than Lean Production. We should consider the content in other ways - I know a PLC that set up an internal ‘university’ in the mid 1970s - or maybe they called in a training centre. Same difference?

If Clive Shepherd got his idea of the learning architect from Jay Cross I imagine Jay Cross  in turn got the idea from a Christopher Alexander.

Christopher Alexander's Notes on the Synthesis of Form was required reading for researchers in computer science throughout the 1960s. It had an influence in the 1960s and 1970s on programming language design, modular programming, object-oriented programming, software engineering and other design methodologies.  He is cited through-out the Open University's Masters in Open and Distance Education (MAODE) as an originator of design practice that was applied to computer design and therefore could be applied to e-learning design.

Here's the education of someone who can rightfully call themselves an architect and do so in the context of learning, even of e-learning.

In 1954, Christopher Alexander was awarded the top open scholarship to Trinity College, Cambridge University in chemistry and physics, and went on to read mathematics. He earned a Bachelor's degree in Architecture and a Master's degree in Mathematics. He took his doctorate at Harvard (the first Ph.D. in Architecture ever awarded at Harvard University), and was elected fellow at Harvard. During the same period he worked at MIT in transportation theory and in computer science, and worked at Harvard in cognition and cognitive studies. 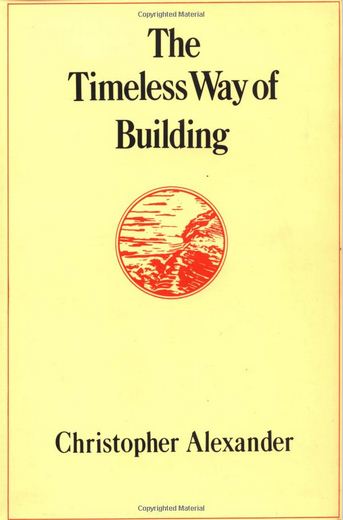 Fig.4. The Timeless Way of Building

'The Timeless Way of Building' proposes a new theory of architecture (and design in general) that relies on the understanding and configuration of design patterns.It is these design patterns that came to the attention of creators of e-learning modules in the 21st century, the idea that designs for subjects or cohorts might be replicated and shared across the online learning community so that you might say a fits an undergraduate arts course, while b is the model for a health & safety module in industry, c gives you language learning in primary school while d offers an elective in urology to 4th year medical students.

To become an architect requires a considerable commitment.

Entry Requirements: A* AA : Likely to include Maths and Art or History of Art.

‘The three year BA(Hons) course is unusual in the University in combining both arts and sciences. As such it provides a unique range of skills which lead to a wide range of careers, not just architecture’.

Throughout the BA tripos studio work carries 60% of the marks.

The remaining 40% is made up from exams and other forms of coursework (dissertations, etc). Studiowork in all years is handed in for marking at the end of the year. Studiowork is time-consuming and probably requires more hours per week than any other course in the University. Students are also expected to work during the Christmas and Easter vacations.

I labour this point because as someone who has gone from corporate communications and video based training to computer based training and e-learning I would never liken myself to a cardiologist, even a qualified lawyer or certified accountant, let alone an architect. An educator perhaps, but I don't have a formal teaching qualificaiton, only sports coaching and the MAODE when I graduate early next year. 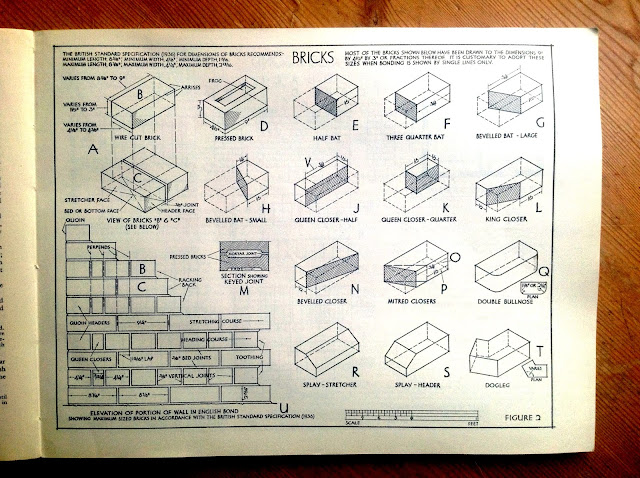 Several other analogies have been used in the e-learning literature, some that still have a building or architecture theme to them.

What we get here is learning design broken down to brick sized components, some call them 'interactivities' (a term I often here working in a design agency). I find the idea of atoms in a chemical reaction (Wiley, 2001) too small, even if we are dealing with binary code it isn't something that we see anymore. Gilly Salmon (2002) would have liked 'e-tivities' to catch on - she puts these in a logical sequence, building blocks towards a module. At the Open University they tend to be called 'Learning Objects'. Chris Pegler (2004) finds this too static and unresponsive preferring if we go with the Lego analogy, or Technics. Littlejohn et al (2008) describe these components as: 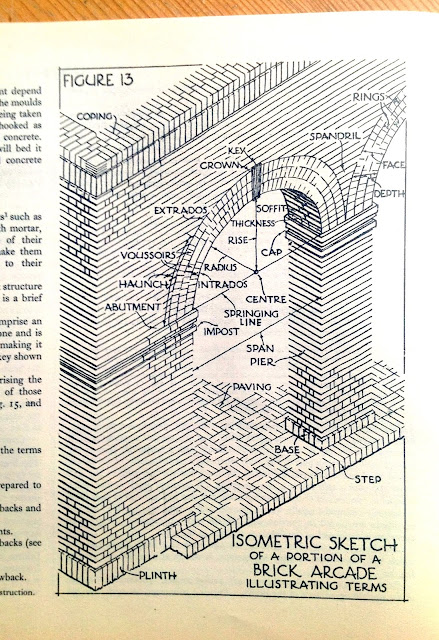 For pure aspiration I like the digital architect as a goal for an undergraduate setting out on a long course of formal and applied study. L&D directors and managers approach an e-learnign agency as they would a firm of architects and together they write a brief. This is propoposed, scheduled and costed then a scheme of work begins.

The delivery, depending on the scale of it, might be akin to anything from a brick arcade (health and safety induction to leisure staff) to a bungalow to a housing estate (induction of trainee solicitors in an national firm of solictors), an office block or a factory (long term management development for an international engineering business).

Pegler, C and Littlejohn, A (2004) Preparing for Blended e-Learning, Routledge.