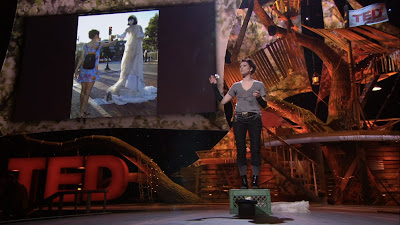 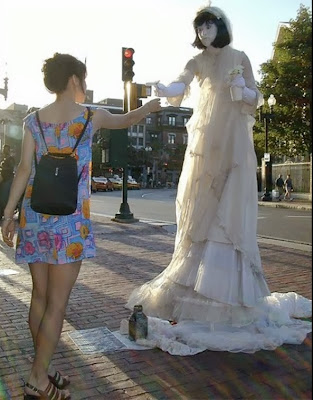 Visible to anyone in the world
Edited by Jonathan Vernon, Sunday, 29 Sep 2013, 07:02
I love to travel, not just on holiday with friends and family, but alone. Maybe this happens to you too, but I always find travel, especially new trips and destinations, is a catalyst to reflection.
All I did was take the first train out of Lewes to spend the day at the University of Birmingham. Two things that shook my brain: St. Pancras International ... and, sounding like a commercial, Virgin Trains. Although the train was quiet two people came through the train to collect rubbish ... as bubbly as buttons. Four times. The toilets were spotless. All in very sharp contrast to Southern Trains out of London where everything was overflowing ...
I last studied 'lecture style' 31 years ago, yet I have signed up for one of these while I continue my learning journey here through all the MA ODE modules.
Learning is learning - it neither takes place online or off. It is in your head. It is what the brain is given a chance to do with it that counts.
I can now weigh up the two as I study in two very different ways in parallel.
There is of course 'blended learning' too that in a planned way mixes up both use of e-learning and face to face.
I met someone who, like me, has just completed a degree with the OU and we immediately began to share notes.
The OU is of ourse 'open' to anyone - online learning makes formal learning possible for any of us who either need to stay in one place, or are always on the move. People who need significant flexibility in how they manage their time ... and don't want the cost in time and money to get to a place for a tutorial, seminar, lecture conference. And people who 'don't get on with people' - not just agrophobia, you know what I mean. I switch constantly, sometimes very keen to be on my own ...
Nothing beats getting to know your fellow students than spending a day with them, during coffee and comfort breaks, at lunch, walking through the campus, in seminar rooms before a talk begins ... and on the way home when you find part of your journey is shared.
Relationships formed here are akin to a long distance phone call, or letters to a stranger, even, oddly, having a chat with the postman or a builder ... you let them into your house.
And your head?
Tags: ou, online learning, e-learning, elearning, student, travel, neuroscience, brain, head, train, face to face, off line, ww1, induction, connection, network, open
Permalink
Share post
Tweet