Covid Free (mostly). It has taken 16 days of testing positive. Fatigue was the most prevalent symptoms: I needed a siesta - usually for a couple of hours, then an early night; one day I slept through pretty much to the following day. No fever, no loss of taste. Heightened allergy symptoms but hay fever and being in bed a lot would do that, however the aggravation of tickly cough has persisted now for a further week. I'm on antihistamines and nasal sprays and for the first time in a decade or more have a reliever inhaler - not that using it makes any differences at all to the wheezyness.

The testing was interesting. On Day One, -1, I tested negative with a lateral flow test. For a couple of days I took the symptoms to be hayfever. Then I got a positive PCR test. As part of the Zoe Covid Research I log my symptoms everyday and 'they' had prompted me to get a test - still free at the end of March. The first positive lateral flow test produced the two line indicators within seconds. By the end of the infection I had to use a timer as the second line would appear 15 even 28 minutes after doing the test. Finally, there was no second line at all, ever, not within the 15-30 minute window, not overnight. This restored my faith in these as for 18 months I had been testing negative; obviously because my asthma/hay fever symptoms are possible indicators for Covid.

Having had two vaccinations and the booster I assume I got off lightly.

There were nights when my breathing become very light and my blood oxygen dropped to a level that required me to get in touch with my GP. I did breathing exercises to make sure I was filling my lungs, not something you want to do when you feel you lower chest is wrapped in elastic bands ... or your are wearing a corset.

Others have been dropping like flies; two council members recently, many others too. I went in, masked up, windows open, to make up the numbers for the Landport Bottom Committee. (Apparently Government guidelines permit this and the Town Clerk provided the advice. We've already had this meeting postponed twice). I wanted to steer the inventive ones away from complicated responses to a bench with a dedication; my thinking, based on 50 or so photographs of benches from across East Sussex, was that something simple can be suitably aesthetic, easy to maintain and not too expensive to purchase and site. I also wanted to share my insights on signage (information boards) and rules/guidelines about dogs on leads around sheep.

I have watched a lot of TV, and far too many videos on Instagram and TikTok.

I will be deleting social media once more now that I have my brain back. 'Brain fog' was an interesting one because it was some imperceptible; I could work where this required proofreading i.e. a mindless repetitive task, but I was disinclined to read or write. Interestingly, which might be indicative of brain fog of sorts, my scores for the language app I do several times a week, LingVist, dropped to an historic low of 26%. On a good run I get 80%+ consistently. I'm still floating around the 50% mark. It's as if my brain is unwilling to retain new information.

I used the fact that I am watching masses of TV and film to revive an interest in storytelling; once again I am spotting opening scenes, 'beats' and turning points in scripts and stories.

Unhealthily I had been spending an hour or more in a local wood seeking out bluebells, wood anemones, wild garlic and marsh marigolds. For someone who gets seasons hayfever this has probably not been a great idea!

Is something of an understatement.

Since I last wrote I have received a redundancy/restructuring notification. In this shake up my job has gone. I can apply for a marginally more senioir role ... in competition with others. I'm well suited to this, but not the ideal candidate. Or I could take a 40% cut in salary (far fewer hours and term time only) ... and again, I am well suited to the role, but not ideal.

This leaves me open to other opportunities around the college, potentially teaching (I am submitting my end of First Year PGCE module today), or coaching - using my range of subject expertise.

Meanwhile I have 20 hours of work to hold on to: 12-14 hours as a digital editor and about 6 hours teaching/coaching swimmers. Not much, but this is at least all year long.

While I approach 60, here I am still wondering what I should be doing with my life. I itch to write, to blog, to podcast, to get back into production, to head up a team creating branched learning (storylines that split in multiple directions).

And I am still an active Green Party Councillor with more important local elections in two years time after some spectacular local wins at the county level the other week - 4 Green seats gained from Zero from the Conservatives.

Now what? All this and a DNA test from Ancestry says I am 58% Scottish, 23% Northern England and West European ... with 7% Irish and bits of Iceland and Spain thrown in for good measure.  I'd love to see how my wife comes out: her paternal grandmother left Ukraine for Poland to escape the Bolsheviks, her paternal grandfather was Polish; on her maternal side she is all Maltese (though her mother was brought up entirely in Italy, then Britain).

Who cares? Netflix continues to please. Currently caught in 'White Lines' which I missed first time round.

And teaching has been magic. How many classes start with the trailers for Men in Black and Men in Black International and then challenge the students to identify the standards, values and morals of MIB agents and how these have changed 1969 to 2019. They got all the first three films of the franchcise for homework. We meet again at the end of next week: sexisim, elitism, secret societies, shoot first ask questions later, torture of informants, bribery, corruption and racism against certain alien cultures. 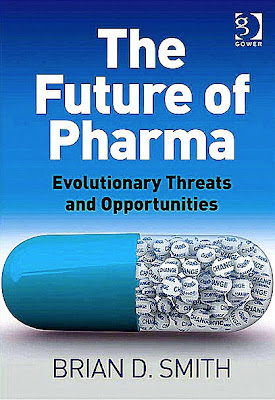 Excited and nervous about getting my head around an EMA and turning this into a P.hD proposal I wacked off an email to a contact on the US East Coast not expecting a reply for 24 hours. They're potty too ... either in the office at 9.00pm last night (their time) or taking 'office' emails.

I have a lot of reading to do. I've made a start on 'The Future of Pharma' which is by an OU Visiting Professor. When I crawl off back to bed (like now) this can had an odd effect on my dreams - trials, drugs, 'Big Pharma' can meld into a horror story. Not helped by a dose of Netflix 'Resident Evil' earlier on either.

'The Worlds Most Important Industry' writes the author - not how too many people see it, but then when did they or a loved one last take any kind of medication that has improved their quality of life? Personally I would have been dead in the first six months ... and at some stage in the last 30 would have succumbed to an asthma attack, flu or bronchitis ... or all three simultaneously. My brother would have died age four.

On the other hand my grandfather made it to 96 and had little to do with doctors. While my mother might have succumbed to a couple of strokes instead of being kept alive in the most pitiful state for an additional three months ...