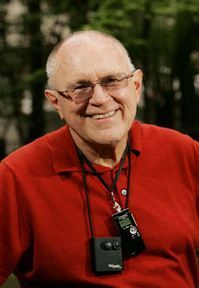 I use this blog as an e-portfolio.

It now holds notes from entire books, ad well as an assembly of key points for the H800 EMA.

This way I can pick up where I left off via desktop, laptop or iPad.

I know there are other even better ways to do this, Google Docs and Dropbox, but what I like here is the search function, tags and chronology.

On the basis that I always tag I can now assemble searches by author or topic.

I then return to these pages to edit or add.

I like having the HTML coding so that I can cut and paste into an external blog.

Images: photos, screen grabs or snips, as well as photos and charts, come from Picasa Web.

In a concerted effort to narrow down my ideas I am trying to cover the EMA in images only. As a result of all of this I believe I know my stuff, the problem, is to demonstrate that to others in a format that is academic rather than journalistic and highly visualised.

I ought to use the affordances of PowerPoint to construct this thing, using the frames like cards that I can move about and bullet points as a way to construct the treatment. Then write it up, and read it out. Better still record this and play it back to be sure of it's sense before checking further that it meets all the criteria.

With excellent planning H800 gives us this time, whereas in H807 and H808 I'm sure there was course work offered, but very few people coming out to do it.

Could the contents of this blog be put into FileMaker Pro?

Would that make it more versatile? 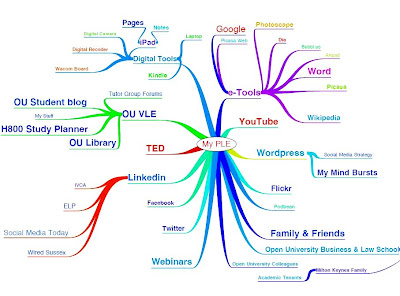 From this consider Virtual Learning Environments (VLEs) vs. Personal Learning Environments (PLEs) and I come away, as I often do, seeking a compromise, the best of both - a basic, easy to use, and reliable VLE with students who may come with nothing, or a good deal, but was I have done will over the course of a couple of favourite tools and ways of doing things.

The two are like dripping coloured ink into a fish tank. My fingers aggitate between the two.

Until Google takes over all of it, there are too.

In my case I've gone from an old Mac Book and printing stuff off to having everything online, using blogs like e-portfolios and switching between an iPad and a laptop.

How does your representation compare with the tables of tools and functionality described in the Conole chapter you read earlier in Activity 1b?

All of these st some stage and more especially using a tablet and Apps, or laptop away from my desk.

+Blog as eportfolio and exercise book

+Blog for presentstion and wiki-like

To what extent are you using Web 2.0 technologies?

Send notes as email to blog and others

Extensively using a 3g enabled tablet In what ways has your own practice and use of technologies changed in the last five to ten years? An early adopter once more. Professionally necessary to take an interest in everything Blogging since 1999 so used to putting content online

How can you create and store evidence of your engagement with different media in the following types of activity on H808?

Personal blog postings or comments on others’ blogs

Contributions to the course wiki

But why on earth keep all of this stuff?! At what point deos the storing and collating of assets become a neurosis or obsession? What matters is the end result (though not apparently in learning). Once was a time you teacher or tutor knew you were doing the work a) you turned up b) you wrote the essays c) you could talk intelligently on the topic in class and tutorials d) you passed exams e) you submitted a thesis. Do we know need a webcam grab to prove we are sitting at the coputer? An image of us in a library taking out a book?

Extracts or screen dumps from websites or video presentations

Comments from peers and tutors