From the B822 Techniques Library we learn that we relate to stories; the parallels to our own lives provide meaning.

I'd say that to be successful audiences must feel empathy with any story, whether for entertainment or to get attention in a business context. 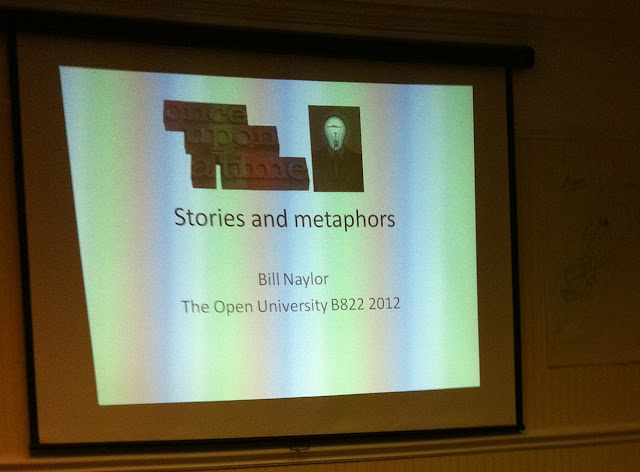 He starts with the story of a Merchant

(I thought we were going to get the 'Merchant of Venice'. It felt like something from 14th century Italy, like a piece from Bocacio's Decameron).

The story concerned a merchant, his beautiful daughter and a money lender. Unable to pay back the loan the money lender suggests a deal, his daughter in marriage and the debt will be dropped. To help the merchant he offers to put two stones in a bag, one white, one black to be picked out by the daughter. It is agreed. The daughter happens to see the money lender putting two black stones in the bag. What does she do?

We offer our solutions, though none get the Merchant off the hook and save the daughter.

Actually she dropped the black pebble and said they'd know which one it was. 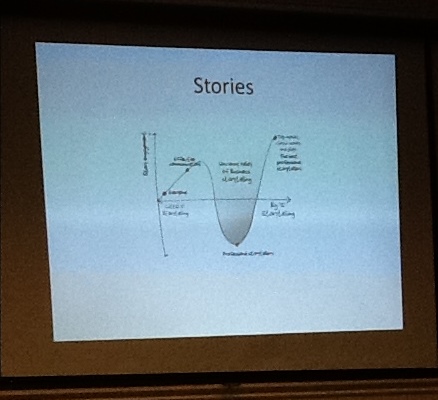 "Stories stick in your mind like mental velcro." Naylor (2011)

Quotes Henry V on the eve of The Battle of Agincourt

E.g. Chairman of the board.

Egg on its end. Breaks the tip so that it would stand on its end. Once done anyone can do it.

VS. The uncanny valley of business story telling ... Plummets.

Owns a race horse, only half, which half? The rear end as it eats less.

... Achieved through story telling, with learning supported by light music.

Write a statement in 3 sentences of 5,7 and 5 syllables. (Japanese Haiku poetry form)

'My main job was developing talent. I was a gardener who provided water and other nourishment to our top 750 people. Of course I had to pull up a few weeds as well'. Jack Welch.

SHOULD I QUIT MY JOB ? 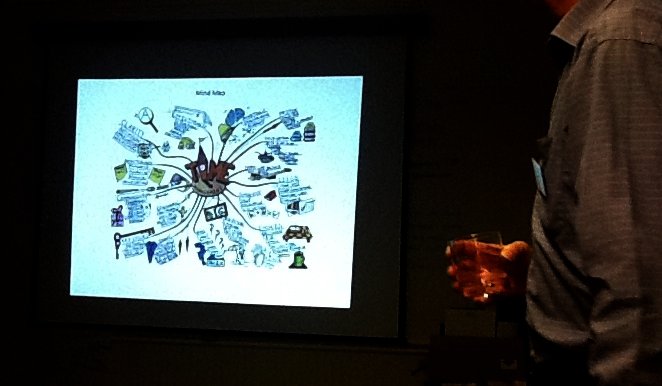 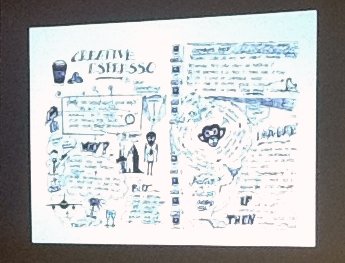