This was for a 135 mile journey, mostly M23, M25 and M40. I've done worse : 27 mph the same journey. Sometimes you wonder whether to take the car out or not. Crawling arounf the M25 has become my recurring nightmare : you've got to plan for lengthy delays with a tank of furl, water and grub. At least I had our teenage son with me so I got to hear and ask about a subdtantial part of his iTunes playlist.

This was for a 135 mile journey, mostly M23, M25 and M40. I've done worse : 27 mph the same journey. Sometimes you wonder whether to take the car out or not. Crawling around the M25 has become my recurring nightmare : you've got to plan for lengthy delays with a tank of fuel, water and grub. At least I had our teenage son with me so I got to hear and ask about a substantial part of his iTunes playlist. And an automatic - a few years of stop starting in jams made me a convert. I'll have a self-driving car please then climb in the back to sleep, read, watch a movie or go online.

Chunky assets, often hard to swallow. Insightful or irritating, they should be peppered across a blog like seasoning. 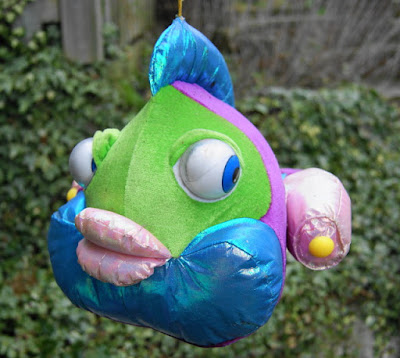 Gobbet came up on Seaford Beach nine years ago. He has a precarious existance as my wife has wanted him in the bin from day one. I'm glad at last he serves a purpose; everything about him says 'gobbet' - he makes you smile or squirm in equal measure.

If you are new to blogging then might I suggest that you try the odd gobbet, once a week would do.

And extended working of a response to a thread on placing a list of concepts relating to e.learning on a grid.

Understanding how we are placing these concepts is a path of academic study in its own right.

The fascinating thing is to be at a moment in history (again perhaps) where language, or at least certain new words and new concepts are fluid.

'Definitions' offered by Wikipedia and the like cannot be 'solid' or 'set within parameters.

How stable is any word?

We know how a generation can take a word to heart and alter, even flip its meaning: wicked, gay, cool, ugly ...

My view is that we are all right in where we place the concepts (on the grid, axes exiting//new & formal//informal) ... and we could each in turn shift things around. Indeed, as I revist this exercise over the following weeks I'm sure I'll do exactly that.

Wherein lies the purpose of the task - we come to our own understanding through engagement with the subject matter ... and those who have been 'here' for a few months are more may be ahead (or at least in a different place). similarly a word can be hijaked. Off the top of my head think of 'Beatles' & 'Oasis.' Thinking longer, how the word 'traffic,' has for example gone from the inane movement of people, goods & vehicles ... to the illegal, & criminal kidnap, expert, trading, rape & prostitution of young woman.

The caveat is that without considerable common ground on what the concepts mean, communication and then action become difficult. To use a hackneyed phrase, 'we all need to be singing from the same hymn sheet.'

Were this a live project with money, clients, schedule & problems to solve, coming to a working agreement would be crucial.

Here's another thought. How are we each saying these words? How we say them adds an important additional layer. Not just any accents, but our state of mind, whether we speak with confidence or we are hesitatnt ... and then during the course of a conversation how we alter how we use the term.

There is good reason for meeting face-to-face. How we say a word is just the start, of course. Our body language adds yet more. Saying 'Just-in-time learning' I might act out a factory worked sifting through widgets on a conveyor belt. Is this your idea of 'just-in-time' - intellectually it is managed somewhat differently and there are different degrees of 'Jit.' There are elements that form part of a predicted learning progression ... and other ;unique' grabs on nuggets of learning that are more literally 'just-in-time.'